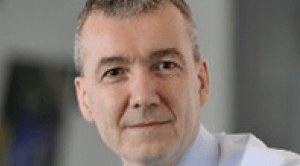 David Nish, a former chief executive of Standard Life, is leaving the board of the London Stock Exchange Group.

Mr Nish, 58, who led Standard Life from January 2010 to September 2015, will leave the LSE at the end of this month. He will be replaced by senior independent director Paul Heiden as chairman of the audit committee until his own retirement from the board in 2019.

Mr Nish was part of a transaction committee assembled by the LSE to consider the proposed merger with German rival Deutsche Börse in March 2016, just over three months after he became an LSE director.

However, the merger was blocked by European Union competition authorities in March last year.

Since the end of last year, the LSE has made a number of changes to its senior leadership. In April it announced former Goldman Sachs partner David Schwimmer would replace Xavier Rolet as chief executive, and added a number of new board members.