Night to remember for Celts but one to forget for Rangers 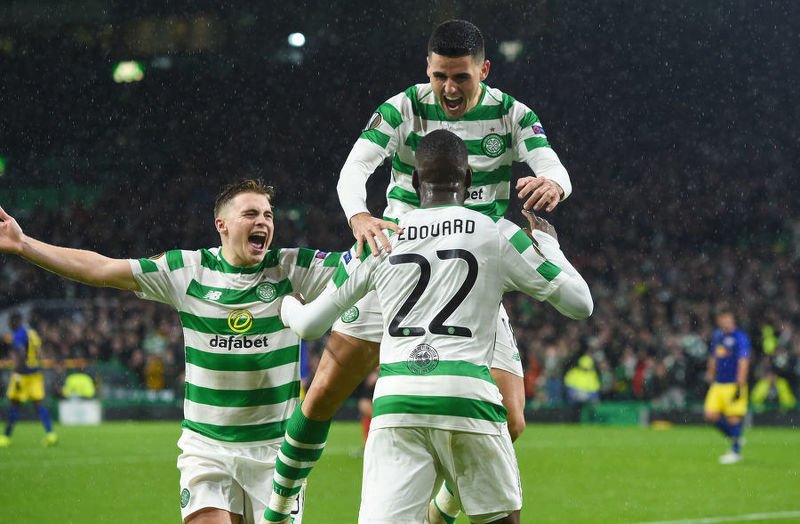 It was a night to remember for Celtic as they kept their Euro hopes alive but one to forget for Rangers who lost their unbeaten run under Steven Gerrard.

This was a must-win game for the Parkhead outfit and Brendan Rodgers’ side delivered in style against one of the Bundesliga big boys.

Too often Celtic have disappointed in Europe under the Northern Irishman but they rolled back the years to breathe life into their bid to reach the last 32.

Rangers, on the other hand, turned a winning position in Moscow into defeat with an uncharacteristically poor European performance.

The Gers’ success in the competition has been underpinned by a solid rearguard, however a string of defensive lapses saw their 11-match unbeaten run come to an end.

Leading 3-2 at the break, they lost two poor goals in just 60 seconds in the second half to head home pointless.

Celtic had turned on their disco lights before the game and had all the moves on the park as they registered a vital win over Leipzig.

The light show built the atmosphere at kick-off and there was plenty for the crowd to shout about as the Hoops hit the heights against the Germans.

Kieran Tierney had the home side in front after 11 minutes, the full-back drilling a low shot into the corner of the net.

Celtic lost 2-0 to Leipzig in Germany two weeks ago but they were in no mood to suffer a similar experience on their own patch and produced their best display in the group to date.

They conceded an equaliser against the run of play 11 minutes from time through Jean-Kevin Augustin but swept upfield to restore their lead instantly, Odsonne Edouard stroking home from close range after superb build-up play from Ryan Christie.

The hosts rode their luck in the closing minutes as Leipzig pressed for a second but held out for a deserved victory, much to the delight of their manager.

“We brought our true face to the game,” said Rodgers. “The players fought for every ball and we showed quality when we had it.

“The most important thing was to get the win. There are still a few games to go and we’ll do our best.

“Tonight was a great step forward for this group. This was a pressure game that we needed to win and we played with no fear.

“Some of our football was fantastic and they kept fighting to the very end. When you press as a team, you can have no ego in the team. The players were absolutely brilliant and they so deserved to win the game.

“It is a proper win against a top team who are fourth in the Bundesliga. In terms of a European victory, this is a great three points.” 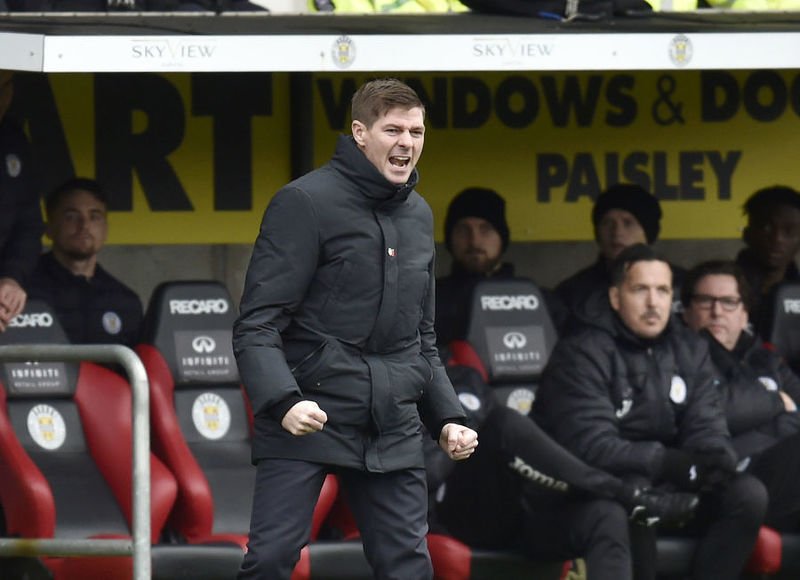 Rangers’ success in Europe this season has been built on a solid defence but those foundations came crumbling down in Moscow.

The Ibrox outfit looked on course for a 12th European match unbeaten under Steven Gerrard but somehow contrived to hand the initiative to their hosts.

They took the lead three times in a first-half that saw five goals but found themselves behind in the game when a minute of madness after the break saw Spartak race into a 4-3 advantage.

It was a tough watch on the touchline for Gerrard, whose team had conceded just three goals in five away matches in the competition prior to kick-off.

The Russians have leapfrogged Rangers into second place in Group G behind Villareal, who drew 0-0 with Rapid Vienna, with much work ahead for the Light Blues if they are to make the knockout phase.

An own goal by Roman Eremenko after just five minutes had given Rangers the perfect start, with Daniel Candeias and Glenn Middleton also on the mark in an enthralling opening period which also saw Lorenzo Melgarejo find the net before a Connor Goldson own goal.

After the break, Luis Adriano capitalised on slack defending to level things, before Allan McGregor was beaten again by Sofiane Hanni’s deflected drive.

Rangers almost snatched a point at the death, James Tavernier’s header coming back off the inside of the post.

“If the problem was tactical, I would have looked to have changed personnel or formation,’ said Gerrard. ‘But the goals we conceded were not due to tactics — they were basic errors of defending.

“You can make substitutions but these players are human. At times they might make mistakes but you trust them in the second half to defend better.

“Our message at the interval was to defend better and we could win, with the worse case being we come away with something from the match. We had a terrible five minutes and paid the price.”