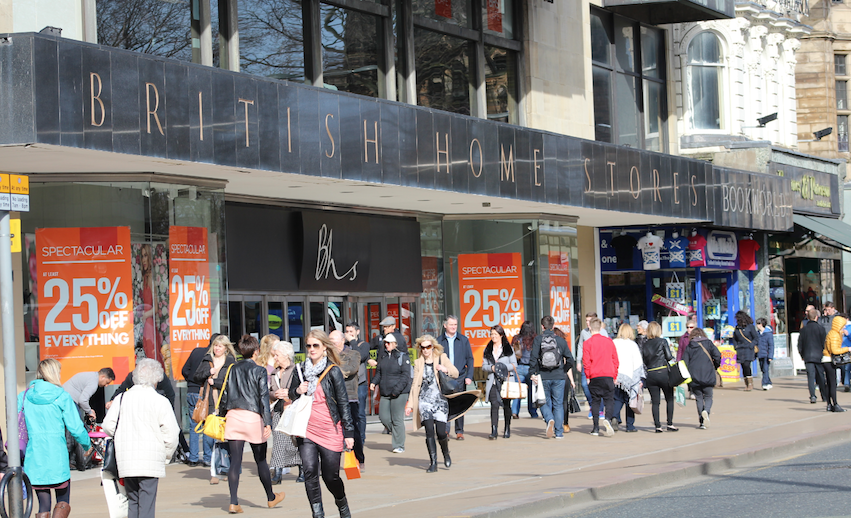 Bhs Edinburgh before it closed in one of the biggest retail collapses of recent times (pic: Terry Murden)

Regulators are being asked to toughen up their response to directors of companies which collapse following accounting irregularities.

Frank Field, chairman of the Work and Pensions Committee, is to meet Insolvency Service boss Sarah Albon to find out why she will not reopen its investigation into the downfall of Bhs in 2016.

He is concerned that neither the Insolvency Service nor the Financial Reporting Council (FRC) were able to hold individual Bhs directors to account for the failure of the high street chain which left a £571 million black hole in its pension scheme.

PwC was fined a record £6.5 million for its work over the audit, but no Taveta directors who prepared the accounts were held responsible.

The Insolvency Service brought charges against Chappell and two of his colleagues, but found insufficient evidence to disqualify Green or any other Taveta directors.

It considered reopening its investigation earlier this year, after the FRC handed over evidence from its own probe.

However, Ms Albon decided there were no grounds for review.

In correspondence revealed this weekend by the Work and Pensions Committee Mr Field said: “The FRC’s findings, even watered down, made it instantly clear why Sir Philip and his “colleagues” at Taveta didn’t want that devastating report to see the light of day.

“It is difficult for the outside observer to understand why the Insolvency Service sees no reason for further action on what happened at BHS.

“The current system apparently cannot prevent, capture or punish the conduct that ran BHS into the ground and left its pensioners well short of their entitlement. I hope the Insolvency Service’s insights can now help us start to make the UK’s corporate governance fit for purpose.”

The UK parliament’s business select committee has launched an inquiry today into the future of audits amid concerns over the dominance of so-called Big Four: PwC, Deloitte, KPMG and Grant Thornton.

Rachel Reeves, chair of the committee, said: “The audit market is broken. The Big Four’s overwhelming market domination has failed to deliver audits which are fit-for-purpose. The lack of meaningful competition has bred conflicts of interest at every turn.”