As Tay Cities Deal is signed 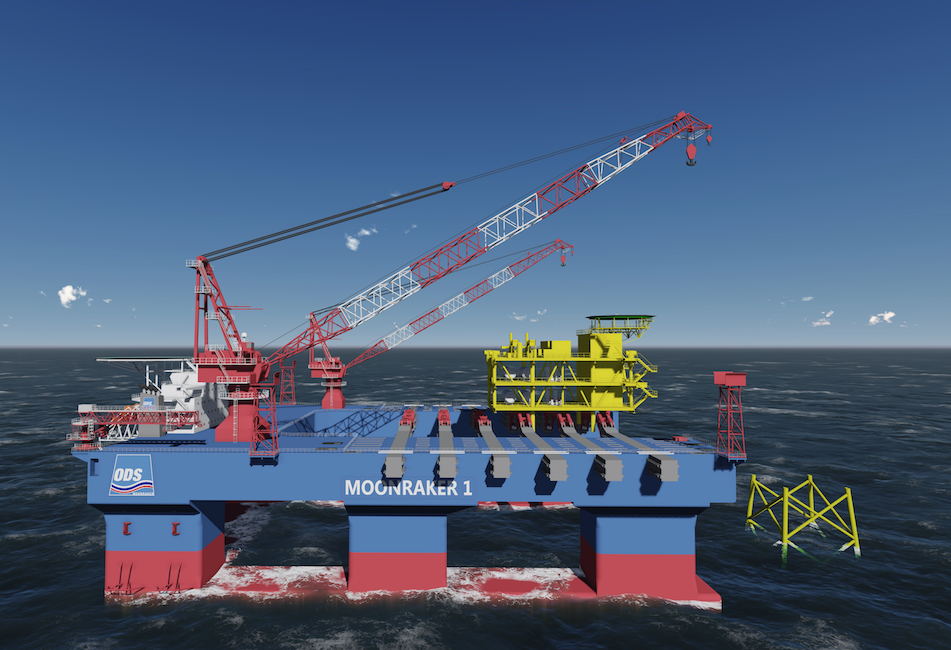 Lofty ambitions: work on the vessel will come to Dundee

A company aiming to establish a leading role in the oil and gas decommissioning sector is promising 500 jobs at a new facility in Dundee.

Offshore Decommissioning Services (ODS) will locate its headquarters in the city and employ engineers and other technical staff to support its flagship Moonraker project, the UK’s largest heavy lift offshore decommissioning vessel, which is being built overseas.

The announcement was made as the Tay Cities Deal was formally signed, opening up the prospect of £700m of investment in the region. The initiative aims to fund more than 20 major projects and create in excess of 6,000 jobs across Tayside and Fife, with decommissioning among those to be supported.

ODS was founded by a group of industry veterans to take advantage of decommissioning opportunities in the UK North Sea and further afield.

They have spent 14 months focused on R&D and conceptual design for Moonraker which will be capable of removing oil platform topsides in a single lift.

When in operation n 2021, Moonraker 1 will be manned by a crew of 70 people and can also provide pipeline and bundle removal along with offshore installation projects which coincide with the lifting capabilities. Moonraker 1 will also be supported by a newly established engineering and logistics hub which will be located in Dundee.

Working with Dundeecom, a public/private partnership involving Dundee City Council, DC Thomson and Forth Ports, ODS chose the city for its hub because of its proximity to the oil and gas industry, its rail and road links, port facilities, on-site supply chain, the city’s skilled workforce and local universities and colleges which ODS believe will be vital in up-skilling its workforce.

ODS chief executive Lee Johnson said the firm will establish its UK headquarters in Dundee in the early part of 2019.

He said: “It is ODS’s ambition to reduce the cost and time to decommission topsides, substructures and subsea infrastructure and we believe ODS, working with others in Dundee, can bring a holistic and commercially attractive decommissioning solution to the industry.”

Signed in Perth by civic and national leaders, the deal will enable a range of projects to proceed including:

£11.7m  towards a cyber security research centre in Dundee, based at Abertay University

£37m into local tourism and culture,

£15m towards a Perth bus and rail interchange project.

£20m to support the delivery of the Tay Cities Skills and Employability Development Programme to deliver fair work.

£8.1m aimed at providing specialist training and skills in the aviation industry.

£25m from the Scottish Government to build on the international reputation of drug discovery research capability, and minimally invasive surgical techniques and technologies.

£10m of investment from the Scottish Government in high value manufacturing.

Investment in the Eden Campus of St Andrews University (Guardbridge) will include: up to £7m to develop a primary substation power upgrade at the site, up to £13.5m for the Scottish Centre for Clean Energy Storage and Conversion and up to £4m for the Eden Enterprise Hub.

£26.5m in projects in Angus to be developed collaboratively with Angus Council and other local partners as part of the deal.

Scottish Government to invest £2m to support 5G testbeds and trials in the Tay region, helping to put it at the forefront of 5G deployment; £1m from the UK Government for connectivity in rural Angus – for an “effective solution to reaching remote and rural properties via high quality wireless solutions”; £1m from UK Government for rural Perth and Kinross – to deliver a fibre asset re-use model “through which public and private fibre infrastructure will be aggregated to create a common platform”.