Michelin to shut Dundee tyre plant with loss of 850 jobs 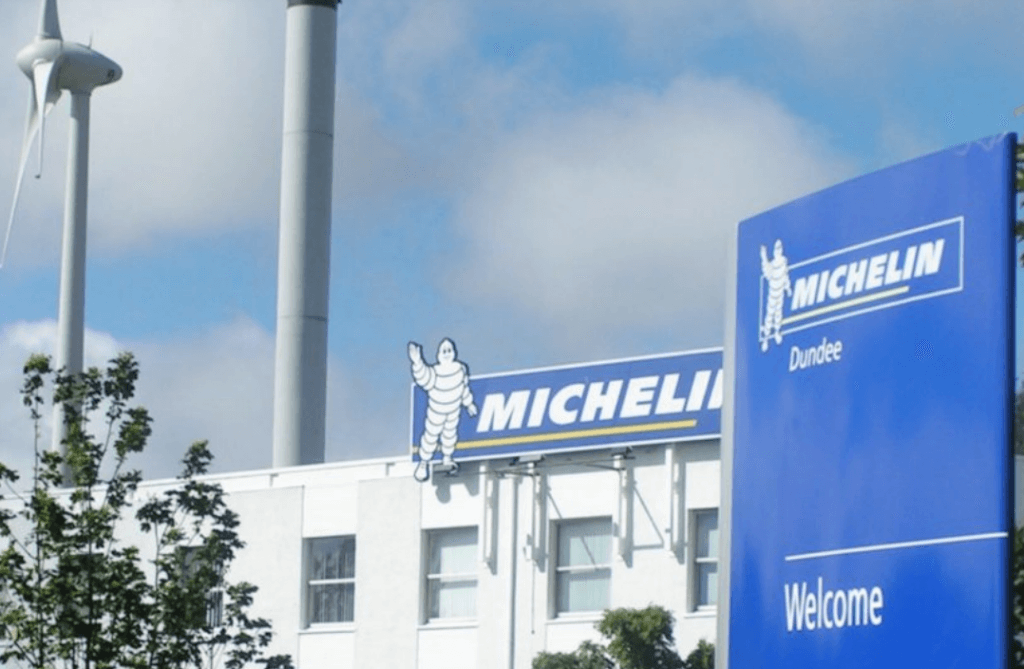 Michelin is planning to close its tyre factory in Dundee, the biggest manufacturer in the city, employing 850 workers..

The workers have been summoned to a meeting at the plant in Baldovie Road on Tuesday morning  when they will be told it will close in 2020.

It is likely that the UK government will review the £150 million it is investing in the area through the Tay Cities deal in order to respond to the situation.

The company warned in September that jobs could be lost at the plant over three years amid “extremely challenging trading conditions”, but no one expected the plant to shut.

John Reid, the factory manager at Michelin Dundee, said the closure of the factory was a “personal blow”.

He said: “I understand that these proposals will come as a huge blow to our employees and to the city of Dundee as a whole.

“This factory has faced incredibly tough challenges before and we have come through thanks to the hard work and flexibility of our people and the union, and the backing of the Michelin Group. However, the market for the smaller tyres we make has changed dramatically and permanently, and the company has to address these structural changes.

“The proposals are nothing to do with the UK’s decision to leave the EU, and they are absolutely not a reflection of the performance of the plant or the people who have worked so hard here for so many years.”

Production capacity was to be reduced due to an influx of cheap foreign imports from Asia into the European market and falling demand for premium tyres in smaller dimensions.

Unite the union said it will be a ‘hammer-blow’ for Dundee and the manufacturing industry in Scotland.

Unite Scottish Secretary, Pat Rafferty, said: “Unite has been aware of the challenging market situation facing the Michelin Group. This has been primarily due to the cheap foreign imports from Asia and as a result falling demand for premium tyres in smaller dimensions, which the Dundee factory specialises in producing.

“This will be hammer-blow for Dundee. It would be devastating and a betrayal of the workforce who have made major changes to working practices at the site in order to secure its long-term future.

“The workforce can be assured Unite will fight tooth and nail to save our factory, we will leave no stone unturned to keep this factory open. Unite will work day and night to ensure that all options remain on the table.”

Scottish Enterprise allocated £4.5m into new production machinery in addition to a £12m investment by the Michelin Group to support increased demand for larger tyres in the Dundee factory last year.

A UK government spokeswoman said: “This is a hugely difficult time for the Michelin workers and their families. The UK government is in touch with the Scottish government and other local partners, and stands ready to do everything it can to help.

“In particular we are reviewing how we invest the £150 million we are putting to the Tay Cities Deal, to make sure that the Deal can respond to this challenge.”

Economy Secretary Derek Mackay, who is expected to visit Dundee, said: “This will be devastating news not just for those who work at the Michelin plant, but their families and the whole of the city of Dundee.

“My immediate priority is on trying to find a sustainable future for the site, that will protect jobs and I will leave no stone unturned. I will be in Dundee on Tuesday and hope to meet with representatives of the workforce, the city council and the management team to discuss whether there are viable options for the future of this site.

“I was informed at the end of last week of the possibility of closure and immediately sought discussions with the senior management team at Michelin.

“I know the workforce and unions have gone to immense lengths to make the plant as competitive as possible to secure its future, and we will leave no stone unturned in trying to protect the future of the Dundee site.”

Scottish Labour leader Richard Leonard said:“This is devastating news for the Michelin workforce and their families, the city of Dundee and the wider Tayside community. My thoughts are with them.

“The Michelin factory in Dundee has provided not just hundreds of well paid jobs, but much needed skills and training to a city which has suffered greatly as a result of deindustrialisation.

“It is now key that the Scottish Government does everything it possibly can to keep the factory open and protect jobs. This should include working closely with Michelin, trade unions and the Dundee community to provide urgent clarity on the current situation.