McLeish turns to experience in his hour of need 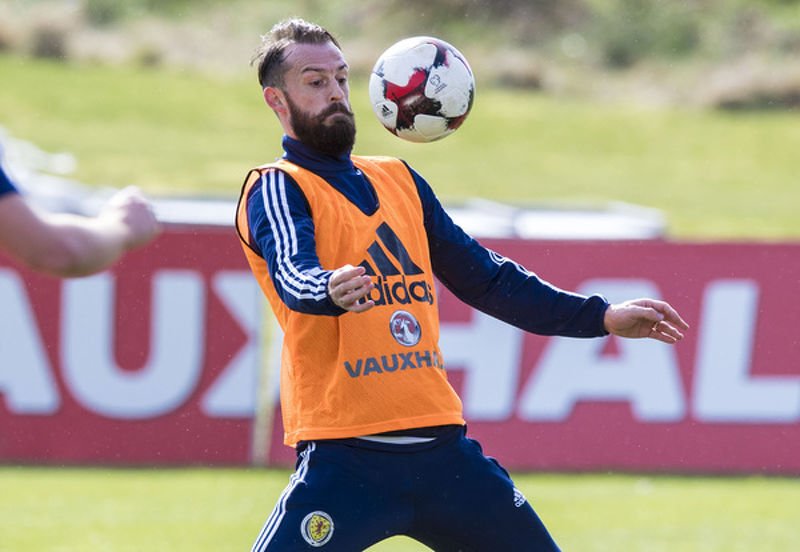 Steven Fletcher will be hoping to make his mark for Scotland after winning a recall from Alex McLeish (pic: SNS Group)

Scotland boss Alex McLeish has handed recalls to Steven Fletcher and Matt Phillips for the crunch Nations League double-header against Albania and Israel.

The 31-year-old Sheffield Wednesday front man hasn’t played for his country in over a year, while Phillips, 27, scored the winner over Hungary in March – his only international goal.

Short on attacking options due to Steven Naismith’s injury and Leigh Griffiths’ fitness concerns, McLeish has turned to the experienced duo in a bid to find the goals to take the Scots to the top of League C Group 1.

The four attackers named in the squad, though, have just 10 goals between them in total, with Fletcher accounting for nine of them. Both Oliver McBurnie and Johnny Russell are yet to get off the mark.

Cardiff City’s Callum Paterson is back in the fray while there are also places for Celtic’s Ryan Christie and Aberdeen duo Gary Mackay-Steven and Michael Devlin, the trio all late call-ups to the squad for last month’s friendly against Portugal at Hampden Park.

After withdrawing from the previous squad due to injury, Charlie Mulgrew, Kieran Tierney and Ryan Fraser are all included. However, Celtic defender Jack Hendry, Manchester United midfielder Scott McTominay and West Ham winger Robert Snodgrass all miss out.

Israel, who shocked Scotland in Haifa last month, lead the group by three points having played a game more than McLeish’s men and Albania.