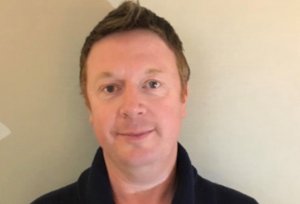 Mr Martin, who will join in January from Callander Youth Project Trust where he is managing director, has been brought in to lead the organisation’s next stage of development.

His arrival is one of three significant appointments announced by the SES board of directors.

Shona Sinclair of SKS Scotland is the newly-elected chairman, with GTS Solutions’ Chris Thewlis taking up the position of vice-chairman.

“I am thrilled to be taking on the role,” said Mr Martin (pictured). “I believe social enterprise is our best chance to help tackle poverty, reduce inequality and build a fairer and more inclusive Scotland.

“Every day social enterprises of all shapes and sizes are making a difference to local people and helping regenerate communities.

Mr Martin has been with Callander Youth Project Trust for the past seven years during which time he has led transformational change, including taking a failing hotel and turning it into the 5-star Callander Hostel that employs young people who are furthest removed from the labour market.

The hostel has welcomed over 20,000 visitors in the last four years, created 40 jobs and trained 18 young people who otherwise wouldn’t be in positive destinations.