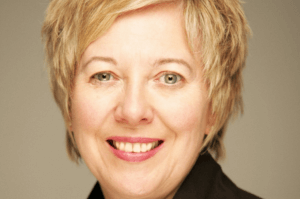 Shadow Secretary of State for Scotland Lesley Laird has requested an urgent meeting with the management of JPI Media to seek clarity on the future of the company’s Scottish newspaper titles.

Johnston Press filed for administration on Friday and was acquired by JPI Media – a consortium of the group’s creditors – the following day with the existing management remaining in post.

The pre-pack administration deal allowed the new company to wipe £135 million from its £220m debt, but it also offloaded its pension liabilities into the state-backed Pension Protection Fund (PPF).

However, the PPF has expressed concerns over the deal, as have other pensions commentators and politicians. Labour MP Frank Field questioned the process whereby a company can fail, restart and wash its hands of its pensions responsibilities.

Scottish Labour has noted JPI Media’s comments that the new deal will safeguard current jobs. The company has 2,000 employees working for 200 titles across the UK, including The Scotsman, Fife Free Press, Falkirk Herald, Stornaway Gazette, the Yorkshire Post, Sunderland Echo and Sheffield Star. It also owns the ‘i’ newspaper which it acquired from the Russian owner of the London Evening Standard in 2016.

Ms Laird said: “Questions now must be asked why Johnston Press’ board pursued a pre-pack administration deal which offloaded a pension deficit of at least £40m onto taxpayers and devalued future pension pay outs for hard-working local journalists.

“It’s only thanks to journalists’ pride, loyalty and sheer graft that JP newspapers in Scotland survived a decade of continual staff cutbacks by management and yet, in the final death throes of Johnston Press, staff were penalised yet again.

“Employees have been given reassurances by JPI Media that jobs have been safeguarded under this new deal.

“I need a more substantial commitment than that and will be contacting CEO David King to find out what the nuts and bolts of that promise actually look like.”

Scottish Labour is demanding to know whey the Scottish government is yet to claw back any of the conditional grants it handed a company which shut down a factory in Cambuslang this year, costing 450 jobs.

The 2 Sisters plant at Cambuslang was paid £500,000 in Scottish Enterprise grants, before closing its doors in September.

However, a response to a Freedom of Information request has revealed that Scottish Enterprise is yet to claw back any of the money – despite conditions that some of the funding be used to keep the plant operational until 2020.

“Despite taxpayers’ money being pumped into the factory on the condition of keeping it open until 2020, earlier this year all 450 jobs were lost.

“For the people who lost their jobs as a result of this closure, this development is a complete kick in the teeth, especially in the run-up to Christmas.

“This is proof if ever there was that the Nationalists are all talk and no action. Local people must seriously question the sincerity of ministers’ remarks, if on something so serious no action was taken to save these jobs.”