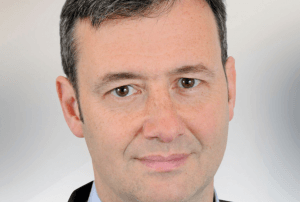 Michael D’Arcy (pictured), Ireland’s Minister of State at the Department of Finance, will meet representatives of Scotland’s fund management sector, including executives from Scotland’s largest companies, in a series of events.

During these meetings the Minister will discuss Ireland’s financial services strategy and potential linkages with Scotland’s thriving investment industry, while the companies will have an opportunity to discuss their needs, in particular against the background of Brexit.

The events are being organised by the Scottish Irish Finance initiative (SIFI), which aims to encourage close co-operation between the sectors in both locations.

Ireland has become a key venue for administrating funds and as a base to sell into Europe and further afield around the world, a process that has taken on more urgency as the threat of borders to trade increases as Brexit looms.

Already companies such as Standard Life Aberdeen and Baillie Gifford have expanded or opened operations in Dublin. At the same time, according to SIFI, Scotland’s strength as a fund management location can be enhanced through seeking partnerships with Ireland, which will remain within the EU after Brexit.

SIFI policy director David Clarke said: “it is always significant when a senior minister takes the time to speak with businesses, even more so when taking an interest in what is going in near neighbours.

‘Minister D’Arcy’s visit follows on from a very successful trip by Scottish Minister Kate Forbes to Dublin last month, and we are hoping we can continue the conversation and discuss ways in which working together can help grow the industries in both Scotland and Ireland.

“For Scotland’s asset management industry, it is vital that it has a pathway to continue to sell into the highly significant European market.

“Dublin can also be used to grow Scottish fund sales around the world, thereby boosting further Scotland’s industry. It works both ways. Dublin’s reputation and potential is enhanced through its close proximity to, and by working with, one of Europe’s premier fund management locations.”