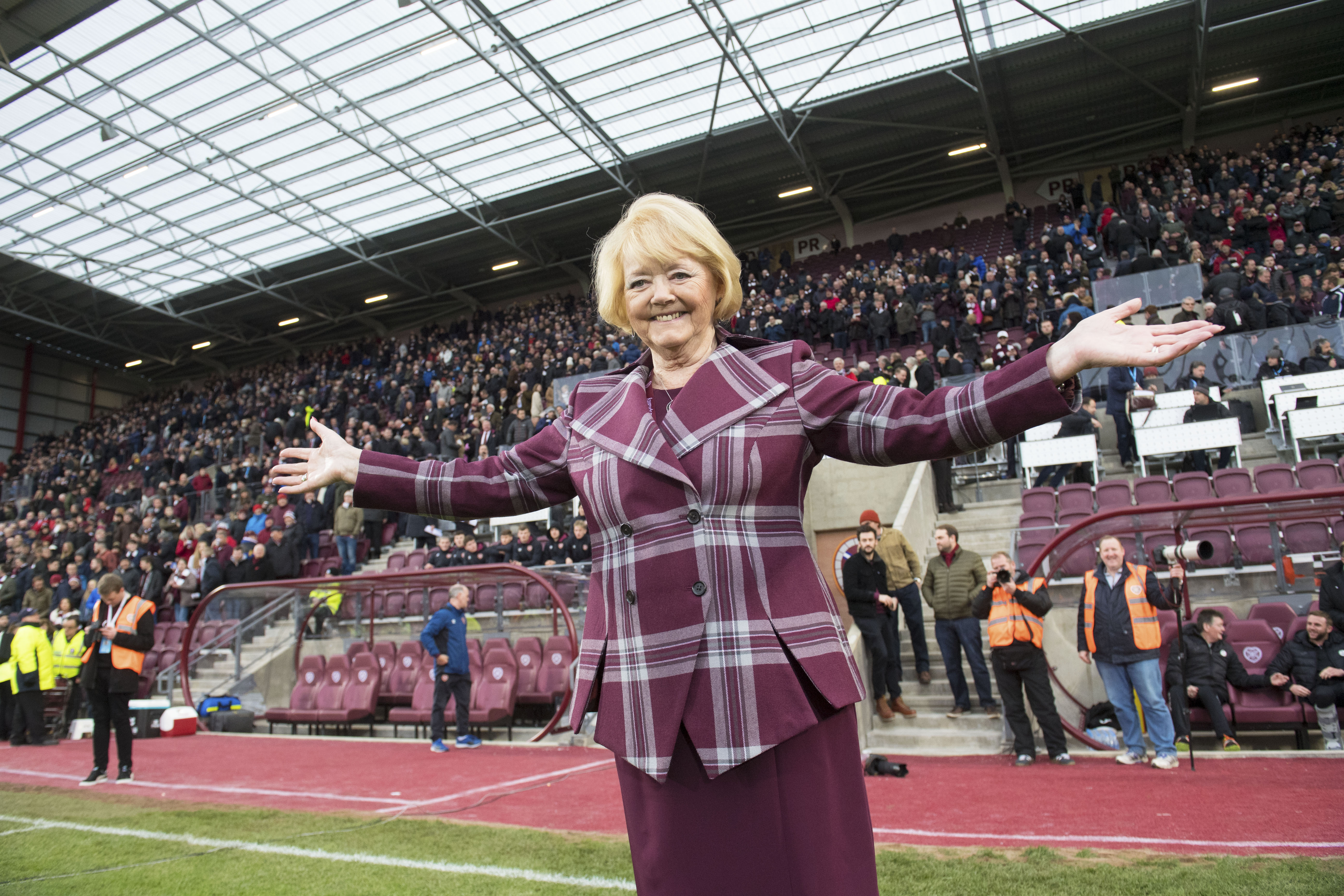 Hearts owner Ann Budge said it had been a ‘demanding’ year for the club, on and off the pitch (pic: SNS Group)

Hearts owner Ann Budge said the club was reaping the rewards of its investments as it reported a profit of £1.8 million for the year.

The figures to the year ended 30 June, show the club continues to rely on the generosity of unnamed benefactors.

Donations of £2m were made towards the cost of building the new main stand at Tynecastle, which takes the donations total for the project to £4.5m.

With big earners like Kyle Lafferty and Steven Naismith on the books, Mrs Budge said the club accepted a further £1m contribution as an “exceptional donation towards player costs. This allowed us to enhance our playing budget for the year and consequently our staff costs increased considerably. In addition, our operating charges increased from £5.4m to £6.1m.”

In her statement, Mrs Budge said the financial year 2017/18 “saw the club continue on its journey to establish ourselves as a major force in Scottish Football.

“It was a demanding year both on and off the pitch but we faced and overcame the challenges by sticking to our values and to our long-term plan.

“As a business we are in good shape; growing revenues and managing costs.”

Between the cost of a new hybrid pitch and the delayed construction of the new main stand – which saw the first team play a handful of home games at Murrayfield – the Gorgie outfit has spent around £18m on the projects to date, with work on the stand still to be completed.

Mrs Budge added: “While we are beginning to reap rewards from investments made to date, this ‘investment phase’ of our journey continues. The remaining phases of redevelopment are planned and the work will continue during season 2018/19, with the formal completion and ‘official opening’ being planned for season 2019/20.

“At year end, approximately £17.7m of stadium redevelopment costs had been capitalised.

“Our cash outflow during the year was £5.3m. This arose largely as a result of payments made in connection with the Tynecastle Redevelopment Project, offset by exceptional donations received from our benefactors; the drawdown of the additional loan facilities secured during the year and the sale of players, in particular Jamie Walker to Wigan and Esmael Goncalves to Pakhtakor.” The total money brought in from the two transfers was £444,000.

In relation to the building of the new stand, the annual report also revealed that Hearts ‘purchased construction services’ from JB Contracts (Scotland) Limited, which is owned by Mrs Budge’s brother, amounting to £3.3m, and as at June 30, still owed the company £981,000.

Explaining the involvement with the construction company, the report stated: “Whilst there is a family connection between Dr A Budge and the director and controlling shareholder of this company, there are no shared business interests.

“The construction services were procured by our independent 3rd party construction manager, who was responsible for the evaluation, selection and appointment of suitable trade contractors, via a structured tender process. The Board are satisfied that the services were purchased on an arm’s length basis.”