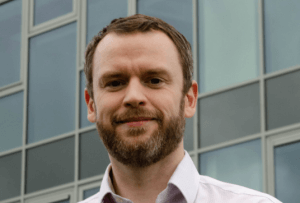 The appointment follows Raven’s involvement at this year’s Ryder Cup in Paris and European Championships in Glasgow.

Mr Dutch has spent more than 15 years working in the tech sector, and in 2007 set up Kotikan which became Scotland’s largest mobile app development agency, developing apps for major companies such as the SQA, Standard Life and Skyscanner, the latter of which gained approximately 20million users within a year.

Raven is now looking to establish itself as the world’s leading crisis and incident management software provider and Mr Dutch joins as the firm bulks up its team.

Mr Dutch said: “With Raven we’re digitising incident management, response and tracking, a set of processes for which many stadiums and arenas still depend on pen and paper.

“In order to succeed we need a passionate team of software professionals who are excited to revolutionise the way that event organisations manage safety.”

He added: “Raven is showing great potential at the moment and is in a unique position to rapidly scale to global prominence.

“It’s an exciting time to join the company. Having worked with Skyscanner and FanDuel early in their journeys, it’s great to be part of another innovative Scottish company showing such great promise.”

Linkedin
Gavin Dutch, Kotikan, Raven Appointments No Comments » Print this News
Citypress secures People’s Postcode Lottery account Previous News
Next News One in five keeps debt a secret from their other half