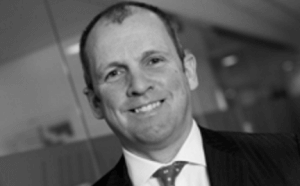 DNO already owns 28.22% of the North Sea operator’s issued share capital and the offer price of 152p per share is a 20.8% premium to the AIM-quoted firm’s closing share price of 125.8p on Friday. Shares in the company rose to 158p in early trade.

However, the Faroe board accused DNO of failing to engage with it before making the offer and advised investors not to sell.

“Faroe shareholders, are strongly urged to take no action in relation to their Faroe shares,” Faroe said in a statement after DNO’s move, adding it would make further announcements in due course.

Shareholders agreed that the offer undervalues Faroe. Paul Mumford at Cavendish Asset Management, holding between 1% and 2%  of Faroe, said DNO would need to offer around £2 per share to secure acceptance.

“Given the falling oil prices, DNO clearly thought it could swoop in and secure itself a bargain. However, both the current and historical market price show that this bid wildly undervalues the company,” Mumford said.

Analyst David Round said: “We value the shares much higher at around 170 pence/share, although fully de-risked, our valuation increases to around £2.10 per share.”

DNO ASA is focused on the Middle East and the North Sea. Founded in 1971 it s Norway’s oldest oil and gas operator and is listed on the Oslo Stock Exchange.

Commenting on the Offer, Bijan Mossavar-Rahmani, Executive Chairman of DNO, said:  “In the period between our first acquisition, triggering significant bid speculation, and this offer, the price of Brent crude has dropped 13% and oil and equity markets have entered a period of great uncertainty.

“For those shareholders who wish to exit, DNO is therefore offering a considerable premium.

“For those who wish to remain, there is no assurance of Faroe achieving its full value potential in a volatile commodity and financial markets environment as a relatively small scale, financially constrained UK-AIM listed company whose share price performance has remained stubbornly disappointing, with the very notable exception of short-term spikes following the sale of a particular large block of shares by one investor to another (most recently to DNO) and the attendant speculation about an impending takeover premium with each such transaction.

“We firmly believe that Faroe’s assets, the substantial part of which are Norwegian, are better placed in the bosom of DNO, Norway’s oldest independent oil and gas company, currently operating gross production of 125,000 barrels per day which compares with the 7,500 barrels of oil equivalent a day of gross production operated by Faroe. DNO’s proven and probable reserves were nearly four times those of Faroe’s as reported at 31 December 2017.

“Whether the offer achieves DNO’s minimum acquisition target or the acquisition of all of Faroe’s shares, we attach great importance to retaining the skills, knowledge and expertise of Faroe’s operational management and employees. We intend to retain Faroe’s Aberdeen head office and each of the other offices.”