Diageo narrows gender pay gap – but not in Scotland 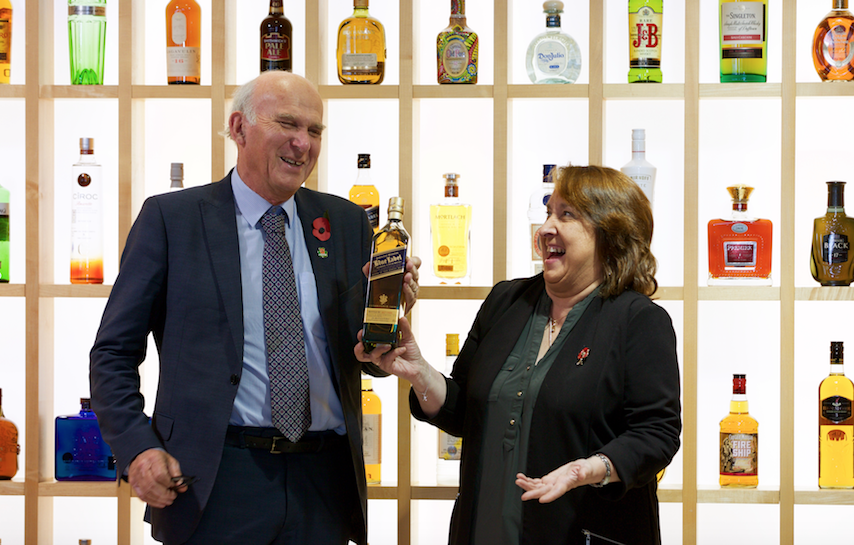 Drinks company Diageo has seen its gender pay gap narrow, although it widened in Scotland as fewer women chose to work unsociable hours and more men were hired in manufacturing jobs.

The Johnnie Walker whisky and Guinness group, said the median pay gap across its employees in England Wales and Scotland narrowed from 8.6% last year to +5.4%.

In Scotland, the gap grew from 16.7% to 18% because of a reduction in the number of women opting for shift allowances for unsociable hours and the continuation of a long-term trend of manufacturing roles being filled by men.

This year, the firm has recruited more women than men into entry level roles in Scotland; 50% of all promotions were women; 66% of graduates hired were women; and the company placed female science undergraduates in its innovation lab in Menstrie.

“Our focus for our business in Scotland is to build a strong pipeline of future female leaders across both office and manufacturing roles and we are confident that we have the right plans in place to narrow this pay gap in the future,” said the company in its second gender pay gap report.

Diageo has created two scholarships in partnership with Heriot-Watt University in Edinburgh to encourage more female students into Science, Technology, Engineering and Mathematics (STEM) careers and provide a pipeline of talent for the future in areas specifically related to its business.

Over each of the next three years, the scholarships will provide two women studying a BSc in Brewing and Distilling and an MEng in Mechanical Engineering with paid internships, mentoring from senior women in the company’s manufacturing business and funding for the duration of their degrees.

Overall, women make up 40% of the global Diageo executive committee and currently hold 34% of leadership roles. Following the retirement of two non-executive directors in September 2018, three out of eight board positions are held by women. The company said it intends to restore gender parity in due course.

Mairéad Nayager, chief human resources officer, said, “We aim to be the best employer for women in the UK and are actively working to ensure we have a strong pipeline of female talent, across the broad variety of roles in our business.

“While there is more work to do, we are proud that our work on inclusion and diversity is making Diageo a stronger company and I am pleased with the progress we have made this year towards closing the gender pay gap across our combined businesses.”

The government-backed Hampton-Alexander Review for 2018 has revealed companies in the FTSE 100 index are on track – as a whole – to hit targets of women holding one-third of board level positions by 2020.

In Scotland, there are 10 companies listed on the FTSE 350. Three are currently already meeting the target of more than 33% females at board level by 2020, with another one currently on track to meet the target.

The findings, presented by Denise Wilson, CEO of the Hampton-Alexander Review, at the official launch event in Edinburgh, revealed across the FTSE 350, almost one in four companies in the UK have only one woman on their board. This means half the appointments to board positions will have to be filled by women over the next two years to hit the targets.

Within the FTSE 250 index, Scottish companies also perform well at board level, with 40% of the Scottish Investment Trust’s board made up of women, and an executive committee made up of 33% female representation. Wood Group also ranks highly, with 40% of board positions filled by females. Similarly, Aggreko and Weir Group have 33% and 30% female board level representation, respectively.

KPMG, the key sponsor of the Hampton-Alexander Review, explored this year’s findings and looked to the future as part of the launch event in Scotland.  Melanie Richards, deputy chairman at KPMG, was joined by former RBS chairman Sir Philip Hampton, chairman the Review and of GlaxoSmithKline; Denise Wilson, Baroness Ford of Cunninghame, chairman of STV Group; Fiona Cannon, diversity and inclusion director at Lloyds Banking Group; and Keith Anderson, CEO of Scottish Power.

Tackling the gender pay gap is a key part of the UK Government’s modern Industrial Strategy, through which it aims to help businesses create better, higher-paying jobs while boosting people’s earning power and ensuring everyone has the opportunity to progress in the workplace.

Under new laws introduced in April 2017, voluntary, public and private sector employers with 250 staff or more were required to publish their gender pay gap. The UK was one of the first countries to introduce such measures.