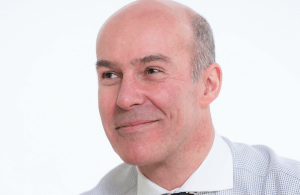 Campbell Dallas has expanded its corporate finance team after recording a record number of deals and a marked rise in fee income during the last 12 months.

Bolstering the team are Andrew Rennie, who has joined as a manager from global advisory firm AlixPartners, Jessica Orr, who arrives as an executive and George Wait, who is the first corporate finance graduate trainee.

The firm has completed 15 international and domestic deals across a variety of sectors, advising on disposals, acquisitions, fund-raising and financial due diligence, with fee income rising by a record 40%.

“We have never been busier,” said Graham Cunning (pictured), head of corporate finance in Scotland for Campbell Dallas. “The deals market in Scotland has been buoyant and we have seen an encouraging increase in client referrals and new business wins.

“Our expanded team will not only allow us to do more deals but will also give us capacity to initiate more transactions, a skill that has been in short supply in central Scotland in recent years.”