Board member steps down at Standard Life Aberdeen 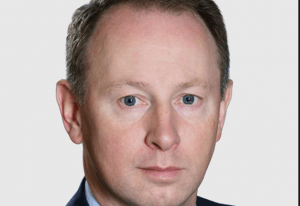 Standard Life Aberdeen will lose a non-executive board member when managing director of Credit Suisse’s asset management arm Gerhard Fusenig steps down at the end of the year.

The former UBS global head of fund services took on a non-executive role with Aberdeen Asset Management in 2016 before it merged with Standard Life, but also had a post on its board between 2009 and 2012 to represent Credit Suisse when it was a significant shareholder in the business.

Chairman Sir Gerry Grimstone said: “I would like to thank Gerhard for his service to Standard Life Aberdeen during a period of change and development for the group“.

The latest board shuffle comes amid a number of personnel changes since the merger that formed Standard Life Aberdeen.

As of next year, Standard Life Aberdeen’s board will have four executive directors, eight non-executives and the chairman. Of the 13 positions, ten will be held by men.

Boris Johnson: ‘We have to be humble’ Scotland’s First Minister is calling for early clarificationRead More

Sainsbury’s Bank at the Gyle: future under consideration Sainsbury’s may sell its Edinburgh-based banking operationRead More