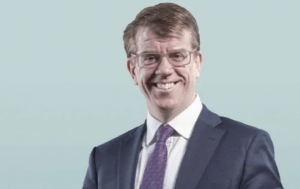 BDO is planning a merger with smaller accountancy rival Moore Stephens, creating the fifth-largest auditor in the UK, according to City sources.

Combining sixth-placed BDO with Moore Stephens, currently the ninth-largest professional services firm in Britain, would produce a business with revenue of £560m and would replace Grant Thornton in the league of biggest practices.

It would still trail well behind fourth-placed KPMG, which has revenues of around £2bn in the UK. BDO and Moore Stephens merged their South African divisions in 2010.

The merger, which is expected to be formally announced as early as this week, according to the Financial Times, coincides with a series of reviews aimed at raising standards and reducing the dominance of the Big Four audit firms – Deloitte, EY, KPMG and PricewaterhouseCoopers – who together audit 98% of the FTSE 350.

BDO – which has one FTSE 100 client, Randgold Resources – called for the gradual introduction of a client cap to disrupt the dominance of the Big Four.

Paul Eagland, pictured, managing partner at BDO,has led an expansion of its audit business among companies on the Alternative Investment Market, and the firm announced a nearly 20% rise in profits this year.