All eyes on Hogg as full-back returns from injury 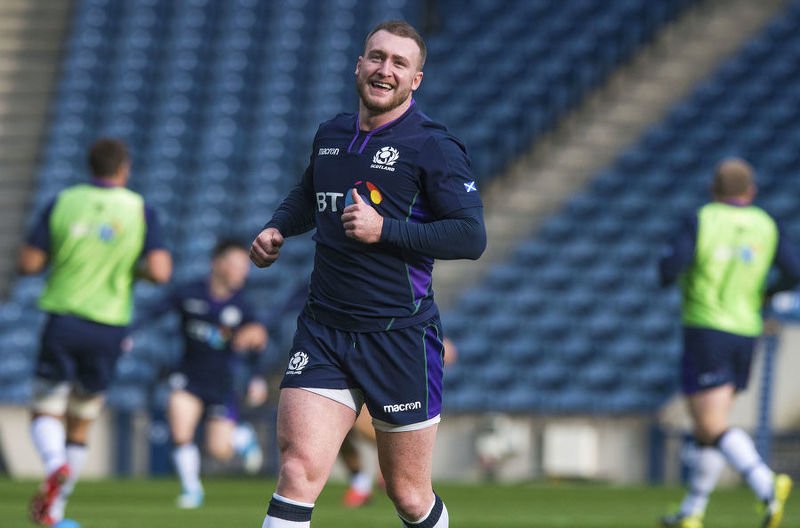 Stuart Hogg is all smiles as he prepares to start against Fiji after a remarkable recovery from injury (pic: SNS Group)

The big talking point surrounding Gregor Townsend’s team selection for the opening Autumn Test against Fiji tomorrow was the inclusion of Stuart Hogg, the full-back having completed a remarkably quick recovery from injury.

The British and Irish Lion is a month ahead of schedule after ankle surgery following the injury sustained playing for Glasgow Warriors against Munster in September. The initial diagnosis suggested he would be out for 12 weeks and forced to miss the Autumn Series.

Despite Townsend’s assertions to the contrary, throwing him back into his first game since that match has to represent something of a risk.

With the Pacific Islanders desperate to make it a double against the Scots having won 27-22 the last time the countries met in Suva 17 months ago, a capacity crowd at BT Murrayfield can expect no quarter asked or given.

There will no doubt be a few anxious faces amid the management team the first time Hogg goes up for a high ball or clatters into an early tackle but Townsend is backing his man, who has 18 tries in 62 Tests, to come through the challenge.

“Stuart has trained for two weeks now,” said the head coach. “He trained with his club and recorded some excellent speed times. He has trained fully with us all week so he looks good to go.

“We had experience last year when he came back from two injuries and played in Champions Cup games, played very well, and then two weeks later he played Test level.

“So yeah we could have kept him back a week or a few weeks, but he’s still going to be going into a Test match.”

As well as Finn Russell and Sean Maitland, Greig Laidlaw was another notable name on the team sheet, the scrum-half regaining the captain’s armband. The match will be his first as skipper under Townsend, who has described his opponents as the ‘Brazil of rugby’.

He added: “Fiji are an excellent side. Fiji to me are the equivalent to Brazil in football, or could be the equivalent of Brazil. They pose huge threats off turnover ball, utilising some of the best individual players, one-on-one, in the world.

“We have to be physical and accurate, play to our strengths and put them under pressure in areas they don’t want to go into, to make sure the game is open for us but not for them.”

Scotland’s final summer Test before the Rugby World Cup in Japan will be hosted under Friday night floodlights at Murrayfield for the first time in the team’s history.

The schedule begins away against France on Saturday 17 August, before hosting a return fixture against Les Bleus in Edinburgh a week later.

The first leg of the double-header against Georgia follows on Saturday 31 August, where Scotland will be the first Tier 1 nation to face the Lelos on home soil at the Dinamo Arena in Tbilisi.

The national team will then complete its competitive preparations for RWC2019 on home soil, when they face Georgia on a floodlit Friday night (6 September) just three days before jetting off to Japan. 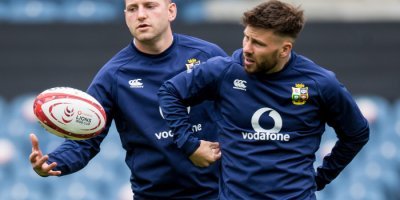