Attempt to silence business and charities 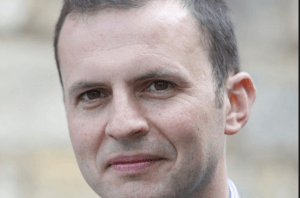 The SNP has urged the Tory government to come clean over the use of gagging orders on organisations and charities to stifle discussions on key policy issues including Brexit.

In a letter to the Brexit Secretary, SNP MP Stephen Gethins (pictured) called on Dominic Raab to set out how prevalent the practice is within Whitehall, and how many organisations had been forced to sign the disclosures.

The Road Haulage Association revealed at the Brexit Committee last week that a number of organisations had been pressed into signing non-disclosure agreements before Brexit – the key issue facing the sector – could be discussed with the UK government.

It follows on from revelations that at least 22 organisations and charities working with Universal Credit claimants were also made to sign similar agreements in an attempt to cover up any criticism that may damage the reputation of the DWP Secretary Esther McVey.

In March, it was revealed that the use of non-disclosure agreements had been inserted into the process before any consultations could begin with organisations.

Mr Gethins, the SNP’s Foreign Affairs and Europe spokesperson, said: “The revelations that the Tory government is attempting to silence business and charities is deeply sinister, improper and borders on repressive.

“Rather than addressing genuine concerns raised by industry and third sector leaders, Tory ministers have instead embarked on a shady and disturbing gagging exercise in an attempt to cover up its own lack of preparation on Brexit, or criticisms of the flawed Universal Credit policy.

“This behaviour – reminiscent of undemocratic regimes the world over – is utterly unacceptable and also demolishes Scottish Tory claims that the party is committed to ‘open government’.

“I have written to the Brexit Secretary seeking clarity over whether the use of gagging orders is now unofficial government policy, answers over how many organisations have been forced to sign the agreements, and if it is common practice across other Whitehall departments.”