The FTSE 100 opened higher this morning, following an easing of investor tension in the US and Asia.

US stocks closed lower but recovered most of their earlier losses which saw the Dow Jones at one point fall by more than 500 points.

Earlier worries over slowing global growth and tensions over Saudi Arabia were compounded by a warning on rising material costs from Caterpillar, the US construction equipment company seen as a bellwether for the US economy.

The EC has told the populist Italian administration to revise its budget as it is worried about the impact of higher spending on already high levels of debt in the country, the eurozone’s third-biggest economy.

Italy’s governing parties have vowed to push ahead with campaign promises including a minimum income for the unemployed. The government now has three weeks to submit a new, draft budget to Brussels.

Investor morale in the UK is at its lowest level in at least 23 years, according to the financial services firm Hargreaves Lansdown’s confidence index.

Laith Khalaf, a senior analyst at the firm, said the constant drip-feed of Brexit news has had a negative effect on investor confidence.

“Investors are in grim mood, as time is running out on Brexit negotiations with little progress on show,” he said. 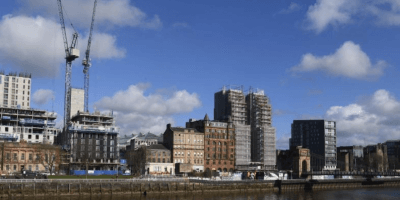