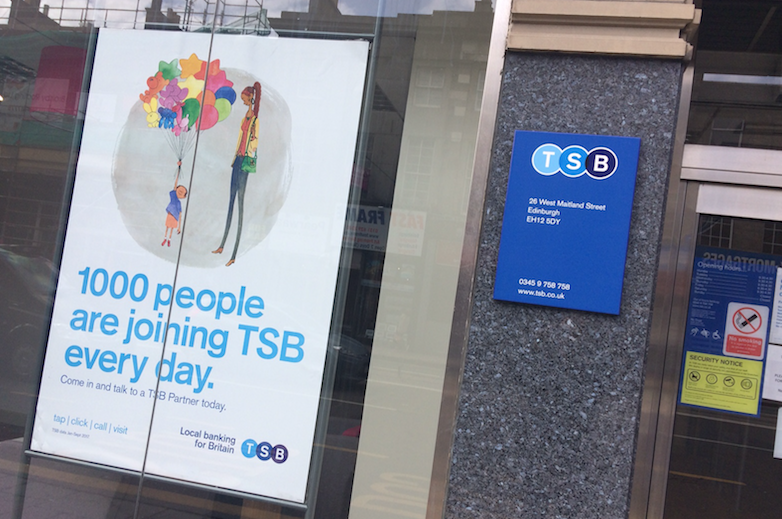 TSB: the advertising says one thing, but customers have been leaving the bank (pic: Terry Murden)

Customers have been fleeing the big banks to challenger institutions with TSB and RBS among the biggest losers.

Almost 700,000 people have switched their account so far this year, according to new figures from payments service BACS.

TSB saw a net loss of 16,641 customers for the three months between April and June following its botched IT upgrade which left 1.9 million customers locked out of their accounts and resulted in the resignation of Paul Pester, the chief executive.

The big winner was Nationwide Building Society which gained 34,577 customers during the period.

It’s now five years since the current account switching service was introduced, an initiative aimed at speeding up the time it takes to move between banks.