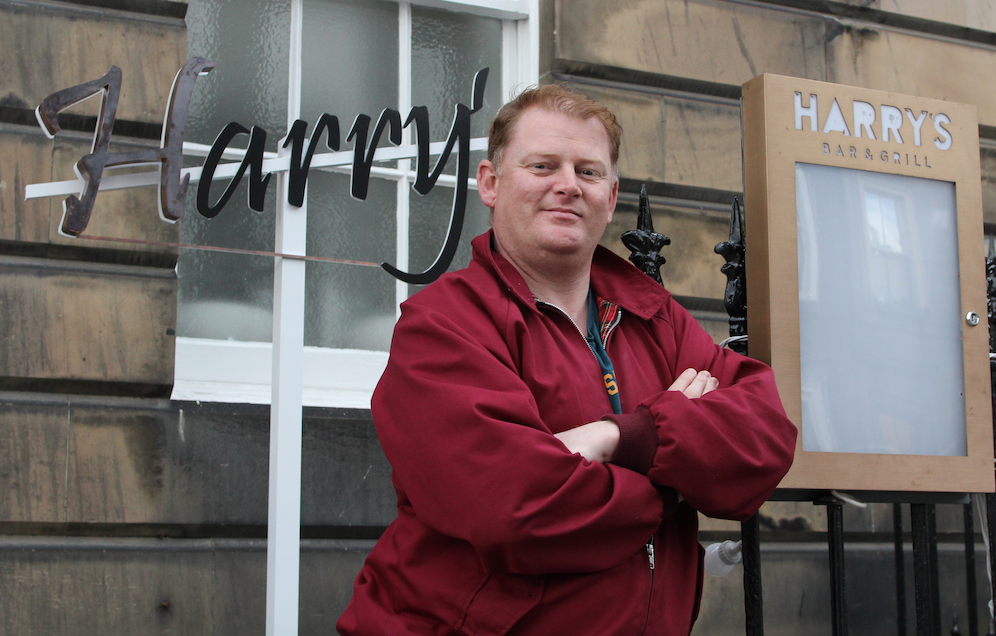 Edinburgh businessman Chris Thewlis has become Scotland’s first social enterprise entrepreneur to make a viable exit from a company with his sale of Beer for Good CIC.

The Beer For Good founder has transferred his shares to Swedish businessman Mike Christopherson and his wife Anna.

The couple are well known in the capital’s hospitality industry, already owning six bars in the city including Akva, Boda, Hemma and Joseph Pearce’s.

They will now take on responsibility for the entire Beer For Good portfolio, which includes two pubs – the award-winning Harry’s Bar in the city’s west end and Harry’s Southside, and two cafes – Harry’s Courtyard Café at the Craiglockhart Leisure Centre and Harry’s On The Hill at Drumbrae Leisure Centre.

The couple intend to continue running the operation as a social enterprise.

Since helping set up Beer For Good, Scotland’s first-ever hospitality social enterprise group, three years ago, Mr Thewlis has transformed it into a successful high-impact business.

He has taken the decision to move on so he can focus fully on the rapidly expanding GTS Solutions, the only gold standard social enterprise operating in private security.

Established six years ago by Mr Thewlis, GTS recently announced that its turnover had doubled to £1million in the past 12 months. With growth forecast to hit £5m in the next three years, its CEO needs more time to devote to its expansion.

“It’s been a remarkable journey with Beer For Good in many ways,” said Mr Thewlis, a Yorkshireman who has lived in Scotland since moving from Huddersfield to study at Napier University in 2008.

“It was great fun creating Scotland’s first hospitality social enterprise group. It was a privilege to help the chain grow since its formation three years ago, delivering on our social mission to help improve people’s lives along the way.

“While very rewarding, it was incredibly time-consuming and with GTS Solutions taking up more and more of my time, and more exciting opportunities on the horizon, I felt this was the time to pass it on to someone else.

“Mike is well positioned to take on the pub side and it was a great opportunity to do a good deal as he intends to keep it going as a social enterprise.

“He is very socially-minded so the whole thing fitted in perfectly. I’m sure it will go from strength to strength with him in charge as he continues to deliver sustainable change in the community.”

A mentor to Big Society Capital and board member of Social Enterprise Scotland, he added: “This deal shows that the CIC model works; that a viable exit from a social enterprise is possible if the proper groundwork is put in.

“The social enterprise sector is thriving in Scotland at the moment and we remain a world leader in the field.

“GTS is a prime example of this and is going very strongly. That’s where I see my future and I’m very excited about what lies ahead.”

The news comes on the day the country celebrates Social Saturday, an annual campaign which inspires consumers to buy from social enterprises.

Since the first Social Saturday in 2014, awareness of social enterprise among the general public has risen from 37% to 51%. The campaign is supported by the Department of Digital, Culture, Media and Sport and last year The Co-op came on board as a leading partner.