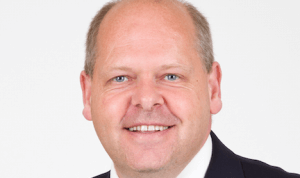 Has there ever been a more turbulent time for Chancellor Philip Hammond to set out his stall for the year ahead?

The Chancellor will deliver the Autumn Budget just ten days after the last EU summit but ahead of the final Brexit negotiations which were scheduled to be in November but may be delayed. With more uncertainty than ever surrounding the UK economy, all eyes will be on the Chancellor.

The Government has already announced its commitment to providing the NHS with an extra £20 billion by 2023 and has warned that taxes will rise to fund this pledge. So, what might Mr Hammond have on the cards for personal taxes?

Pensions – high earners may be in focus

The Chancellor has perhaps shown his hand when he said recently that pensions tax breaks are “eye wateringly expensive”. With combined personal tax relief and National Insurance Contributions (NIC) relief for employer pensions adding up to around £40 billion per year, we might see the Chancellor seeking to shave some of these costs to the exchequer. This could be in the form of reducing or abolishing higher rate or additional rate tax relief for personal contributions and/or NIC relief on employer contributions. The latter will perhaps be less conspicuous to the government’s core vote but will potentially save up to £17 billion per year.

The Chancellor could also seek to tinker with the annual allowance and lifetime allowance as some of his predecessors have done but he should be careful to ensure that he does not undermine confidence in long term pensions savings.

The Chancellor could seek to raise revenue by stealth rather than overt tax increases. Fiscal drag is an effective means of increasing revenue through limiting increases in the basic rate tax band and personal allowance below the rate at which peoples’ income increases.

The personal allowance and basic rate band are currently set at £11,850 and £34,500 and he may choose to increase these more slowly next year hoping for a catch up to the magical £50,000 in the following year, by which time the UK’s financial position following Brexit is more certain.

The setting of the personal allowance remains the preserve of Westminster and we shall need to await the Scottish Finance Secretary’s Budget on 12 December to know what rates and bands are being planned for Scottish taxpayers next year.

The Chancellor pulled a rabbit out of the hat a couple of years ago by reducing the main rates of Capital Gains Tax (CGT) from 28%/18% to 20%/10%. Higher rates remain on the sale of residential property not covered by main residence relief and certain venture capital disposals. CGT is not a big revenue raiser for the government (£7.9 billion expected in 2017/18) and we may not see any significant changes in main rates.

Inheritance Tax (IHT) is a much talked about tax which exercises the minds of many. It provided £5.2 billion for the exchequer in 2017/18, representing an 8% increase on the previous year. Again, the freezing of the IHT nil rate band at £325,000 for nearly 10 years has served its purpose well, meaning more estates are falling within the scope of the tax and thus providing welcome revenue for the government. We may expect to see little change in the IHT provisions although the Chancellor has acknowledged that the tax code requires simplification.

The Chancellor certainly has his work cut out to deliver a Budget at a time of promises of increased funding to the NHS and an end to austerity – all delivered at a time of huge economic uncertainty as a consequence of the ongoing Brexit negotiations.

Peter Young, is a Partner and Head of Private Client Tax at Johnston Carmichael