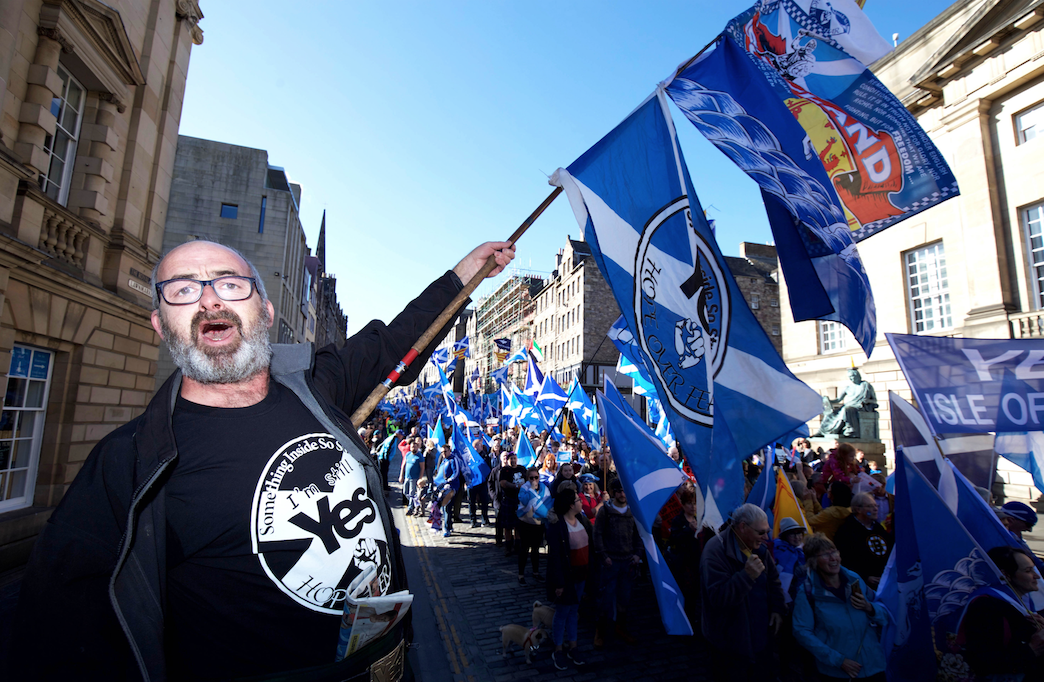 Thousands marched through Edinburgh on Saturday in support of independence (pic: Terry Murden)

First Minister Nicola Sturgeon has confirmed that SNP MPs would support a second referendum on Brexit but demand a guarantee that if Scotland again voted to remain in the EU in another leave outcome, it would not be forced to accept the result.

Speaking ahead of her party’s conference in Glasgow, the SNP leader said: “We would not stand in the way of a second referendum, a so-called people’s vote. SNP MPs would undoubtedly vote for that proposition.

“We would of course want to talk to people about how we ensure that Scotland does not end up in the same position all over again, where we voted to remain in the EU but find ourselves facing exit completely against our will.”

Westminster leader Ian Blackford said that if the vote repeated the 2016 outcome with the majority of Scots voting to remain but the majority of the UK voting to leave it should see Scotland given the right to hold a second vote on independence.

“But we don’t just need the SNP to vote for it, we need them to fight for it. Brexit is coming fast and Scotland needs better leadership than this.”

Ms Sturgeon said the three-day conference, will set out why the full powers of independence are essential to fulfil Scotland’s potential for this and future generations.

She said the SNP government would help people with the cost of living, improve the NHS and boost jobs and wages.

Ms Sturgeon was buoyed by a Survation poll showing the party holds a 20-point lead in Holyrood voting intentions and that it would pick up four Westminster seats if a General Election was held tomorrow.

It also showed that 46% would vote Yes if a new referendum  on Scottish independence was held tomorrow, an increase since 2014, growing to 50% if a referendum was held after the UK leaves the EU.

“I think Scottish independence will happen,” she said in a television interview. “So, if you’re asking me to use the term inevitable, I guess, yes, I would use that. We are on a journey that will end with independence. I think Brexit brings the issues around this very sharply into focus.”

Her pledges, however, came amid criticism from the Scottish Tories that, for the first time in fifteen years, no legislation has been put before Holyrood for consideration in the first half-term of the parliamentary year.

Speaking ahead of the conference opening, Ms Sturgeon said: “Thousands of delegates will gather in Glasgow this week as the SNP sets out how we are giving hope to people across the country – both through our actions in government and our vision for an independent Scotland.

“At this most crucial time in the UK’s negotiations on its future relations with the EU, Labour and the Tories have fallen apart into bitter faction-fighting.

“The people of Scotland deserve better than the despair, incompetence and chaos of Westminster – and the SNP is offering a clear message of hope.

“In government, we’re building a fairer and more prosperous Scotland – protecting the most vulnerable in society, making the tax system fairer and investing in our NHS and other vital public services.

“And we are laying the foundations for a brighter future for Scotland – with a radical extension of free childcare, school reforms to raise attainment, world leading action to tackle climate change, building a new national investment bank and delivering record numbers of affordable homes.

“The shambles of Brexit makes the case for independence more compelling than ever – with Westminster ignoring Scotland’s voice and interests and undermining devolution with a power grab on the Scottish Parliament. 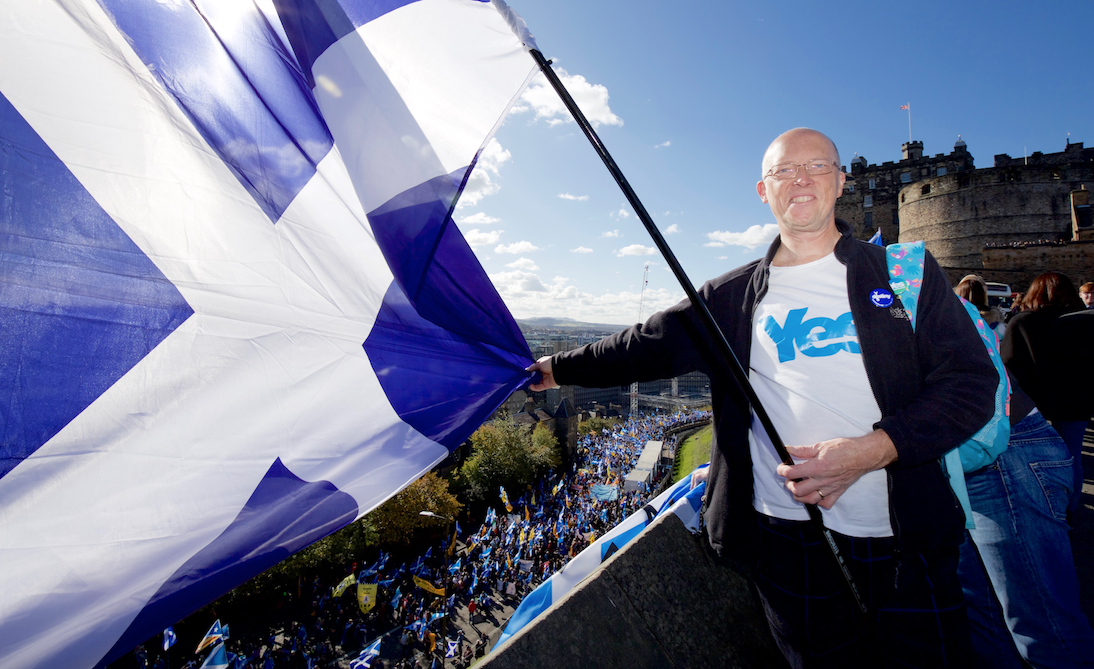 “Over the next few days, the SNP will be setting out further action to help with the cost of living, improve the NHS and boost jobs and wages and we will be demonstrating how the power of independence –  taking decisions in Scotland rather than at Westminster  – will lead to a better country for this and future generations.”

Criticising the SNP’s record, the Scottish Tories said no legislation has been put before Holyrood for consideration in the first half-term of the parliamentary year since 2003.

The Tories noted that the SNP has dumped its own flagship education bill – which, last year, Ministers claimed would be the most fundamental reform of education for a generation.

The Scottish Conservatives are today calling to the SNP to focus on the priorities of the Scottish people and progress legislation on victims’ rights and supporting headteachers.

Maurice Golden, Scottish Conservative chief whip said: “Under the SNP, the Scottish Parliament has become a legislation-free zone. The SNP has even dropped its flagship education bill.

“The people of Scotland deserve a government that is working for them, not mired in division over IndyRef2.

“The majority of Scots want the SNP to focus on progressing legislation such as strengthening victims’ rights, giving our animals greater protection and supporting our headteachers.

Those are the priorities of the Scottish people, not IndyRef2.”

Scottish Labour leader Richard Leonard said: “As delegates gather for SNP conference in Glasgow this weekend, the big choice in Scottish politics could not be clearer – the austerity economics of nationalism with the SNP and the Tories, or investment with Labour.

“The conference begins just days after official statistics revealed the brutal impact of austerity in Scotland where life expectancy has fallen for the first time since Thatcher was in power a generation ago.

“We have seen no meaningful attempt to transition Scotland to the high skill, high wage economy we should be.  Instead one in four children in Scotland are living in poverty.”