One tie heading to Murrayfield 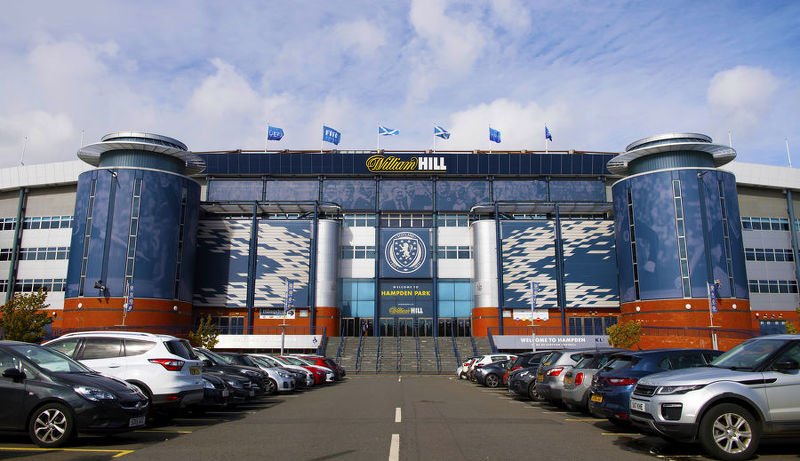 Football chiefs appear to have accepted the need to move one of the League Cup semi-finals to Murrayfield following a campaign against staging both fixtures at Hampden Park on the same day.

The Celtic versus Hearts match is now likely to be played at the home of Scottish rugby on Sunday October 28 with the Rangers v Aberdeen tie going ahead at Hampden. Celtic has asked for a draw to be made to determine which tie is relocated.

The Scottish Professional Football League confirmed today that it had secured a temporary release from its contract with Hampden Park to play all semi-finals at the stadium.

The SPFL has been subjected to a volley of criticism over its decision to play both ties in Glasgow.

Fury from Aberdeen and Hearts management and supporters was followed this morning by the Scottish Police Federation’s general secretary Calum Steele calling the timings “idiotic”. Assistant Chief Constable Bernie Higgins later demanded a rethink on transport plans and negotiations on other concerns surrounding the ties.

ScotRail had expressed concerns about rescheduling the timetable in order that trains from Aberdeen would arrive in time for the proposed noon kick-off.

Both matches have to be played on the Sunday as Rangers and Celtic are both involved in Europa League fixtures on Thursday 26 October.

Scottish FA chief executive Ian Maxwell has now persuaded Hampden Park Ltd to give up its rights to the games because of the unprecedented circumstances.

Mr Maxwell’s intervention was welcomed by his SPFL counterpart Neil Doncaster who has confirmed fresh talks with Police Scotland over the timings and venues.

Mr Doncaster said: “After the draw, we spoke to Hampden Park Limited to ask whether they would release us from a contractual obligation to host all semi-finals involving the Old Firm at Hampden. They declined our request and we were unwilling to breach this contract and risk legal action.

“However, I’m pleased to report that we have been contacted this morning by SFA chief executive Ian Maxwell who said that Hampden Park Limited has now reconsidered that position and have agreed to waive that legal obligation.

“This is clearly extremely welcome news. We immediately contacted Police Scotland and informed them of this development and this has enabled us to open talks to explore whether the match could be staged at an alternative venue in the timescales available.

“Whilst we are taking nothing for granted and are unable to make a definitive announcement at this early stage, if agreement can be reached between all parties involved, this would allow us to change from the original kick-off times which Police Scotland specified to ensure the matches could be staged at Hampden on the same day.

“The good news is that fans would have more convenient travel arrangements. Whilst we received firm assurances from both Hampden Park Limited and Police Scotland that they were able to host both games on the same day, today’s very welcome call is a potential game-changer.

“Everyone recognises that it would be better if we can hold these matches in separate stadia and the fact that we’re now able to explore that option is great news.

“We will now discuss with a number of parties, including the SFA, Police Scotland and the clubs involved before reaching a definitive position, which we will announce as soon as possible to enable fans to make the necessary travel arrangements.”