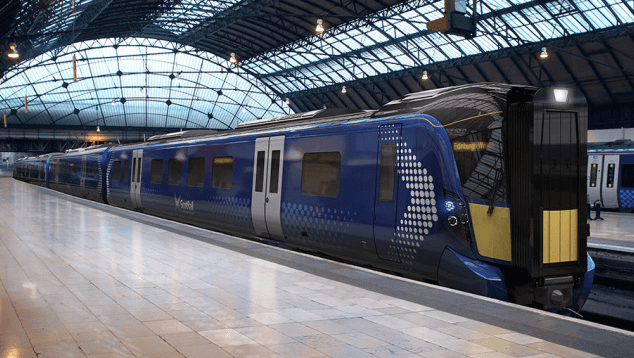 ScotRail passengers have been hit by a fresh blow after a new fleet of electric trains were taken out of service over defective brakes.

The decision to withdraw the recently-introduced trains was a result of one suffering a brake fault on the line at Winchburgh, which blocked the line and caused significant disruption.

Taking the trains out of service just two months after they were unveiled as a key milestone in modernising the network is a huge blow to the operator and government ministers who have promised an improved service.

Six of the fleet of 70 Japanese-designed Hitachi trains have been running on the Glasgow-Edinburgh line and on the North Berwick-Edinburgh route.

ScotRail said some of its services had fewer carriages than normal. Chief operating officer Angus Thom said the trains had been taken out of passenger service while the “technical” fault was investigated,.

He said: “As a precaution, while Hitachi carries out further testing, we are restricting the use of class 385 trains.”

The train which developed the fault was taken to the Edinburgh depot for testing, according to The Scotsman.

This is the latest setback in the modernisation programme. The first train in the fleet entered service in July, ten months late, after problems were reported with driver’s windscreen, causing them to be replaced.

Labour Transport spokesman Colin Smyth said: “While it is important that these defects were identified and dealt with quickly, this is another blow for passengers under this franchise.

“The SNP promised a world leading service with ScotRail, instead we have seen the problems pile up with trains withdrawn, new models late, services overcrowded, overpriced and routinely behind schedule.”

Scottish Liberal Democrat transport spokesperson Mike Rumbles MSP said: “This is yet another let down for Scotland’s rail users. Commuters will be dismayed to see the first trains from the new Hitachi fleet, introduced with great fanfare just weeks ago, taken out of action.

“The trains we have already are over-packed, the long-distance trains promised are running late and are set to come into action without being refurbished first, and now the new trains have been taken off the rails too. It’s a bleak outlook.

“Passengers just want trains to be reliable and value for money but they are getting neither. The Transport Secretary needs to get to grips with the catalogue of errors that hold up our rail network and get ScotRail back on track.”