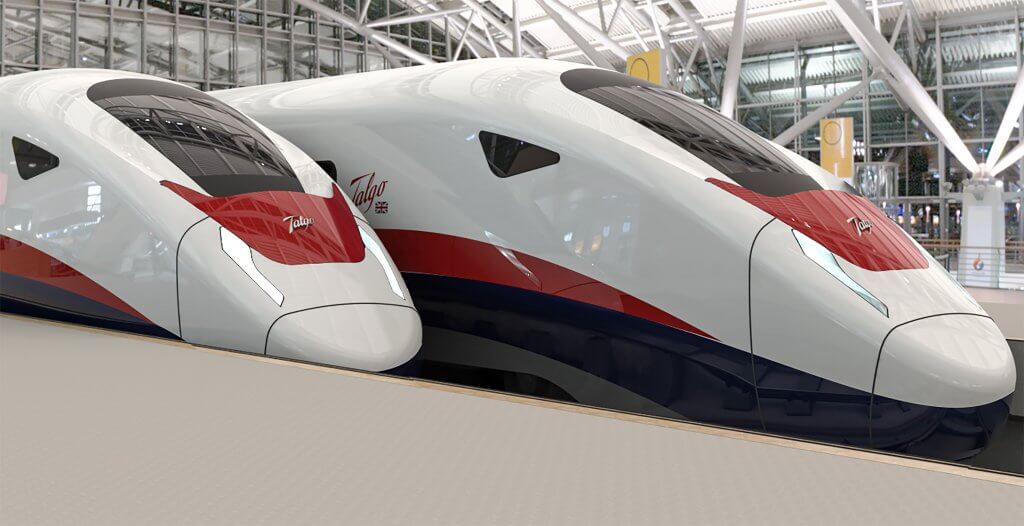 Two sites in Scotland are being considered for an ambitious engineering plant employing up to a thousand skilled workers building a new generation of superfast trains.

Hunterston in Ayrshire and Longannet in Fife are on a shortlist of six UK potential locations. The others are Chesterfield,  Leeds, St Helens in Lancashire and Mostyn in North Wales.

Talgo, a Spanish manufacturer standard and high speed passenger trains, has a presence in 28 countries and has provided the rolling stock for the Haramain high speed railway line between La Mecca and Medina in Saudi Arabia and the new Avril train to Spanish operator RENFE.

It wants to enter the UK train market by manufacturing at source instead of assembling kits of parts from overseas. This will potentially create a significant source of work for the domestic supply chain.

At a presentation of its plans in Edinburgh today, Jon Veitch, UK director, said that whichever location was chosen for the plant, all the identified locations would benefit from spinoff work.

He said the final decision on where to locate the plant was not being driven by incentives. “We are not here looking for grants. That is not in our decision making,” he said.

He explained that the locations had been chosen for a variety of reasons, the Scottish sites partly because of there proximity to port facilities.

“This is not a Dragons’ Den style situation where one gets the deal. Our offer will embrace everything that we have seen.”

Paul Lewis, managing director of Scottish Development International, accepted that regional selective assistance was likely to be on offer. He revealed that talks with the company had begun in January and said that various agencies, including colleges and skills bodies, had been drawn into the discussions.

“We are defined by the strength of our partnerships. I hope you have seen that,” he said. 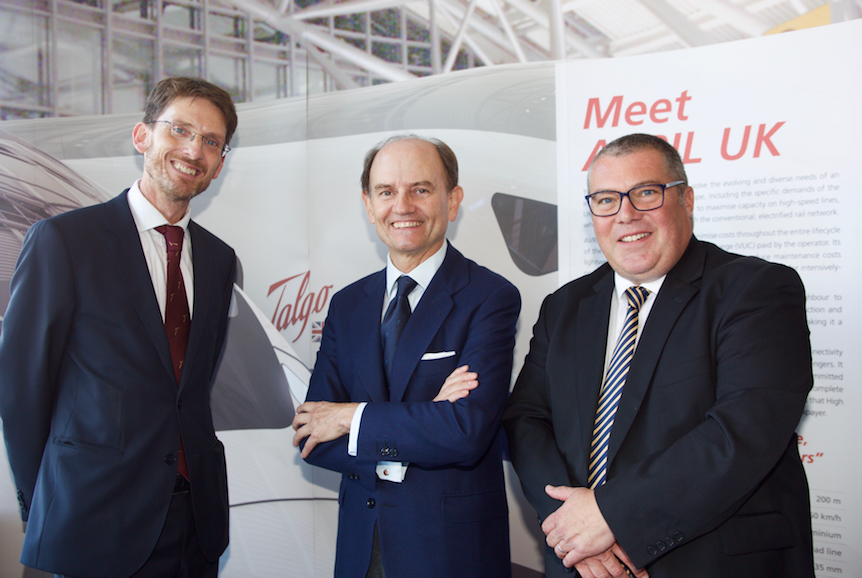 The company has been shortlisted to build the 54 classic compatible trains for High Speed 2 (HS2) in a £2.75bn deal, while it is also interested in the East Midlands and West Coast Partnership deals.

It intends to build trains capable of running at up to 235mph for the UK market, but also to serve emerging overseas markets, boosting UK exports.

Carlos de Palacio, president of Talgo and grandson of the founder, has undertaken many of the fact-finding missions that have resulted in the shortlist. 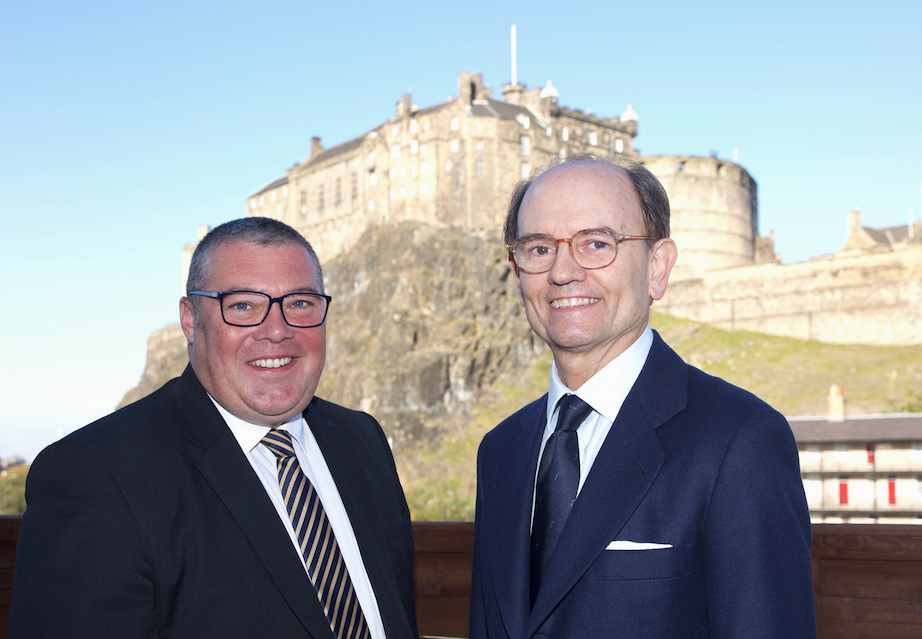 He said: “The establishment of a manufacturing facility in the UK is a significant part of Talgo’s future strategy.

“Talgo’s aim is to establish true manufacturing – rather than assembling from parts made elsewhere. This means that we will draw from materials and expertise across the UK. This keeps more money in the UK economy, and creates more skilled long-term jobs.

“Although there can only be one factory site, we have developed excellent relationships with areas that we have visited. We anticipate continuing these relationships to ensure that Talgo provides opportunity across the UK.”

A final decision on a factory site is anticipated in November.

ScotRail will next week introduce the first Inter7City high-speed trains

They will run initially between Aberdeen and Edinburgh from Monday, eventually connecting Scotland’s seven cities.

ScotRail Alliance managing director Alex Hynes said: “This is another major milestone in our plan to build the best railway Scotland has ever had.

“Our Inter7City service will provide more seats, better services, and more comfortable journeys for our customers.” 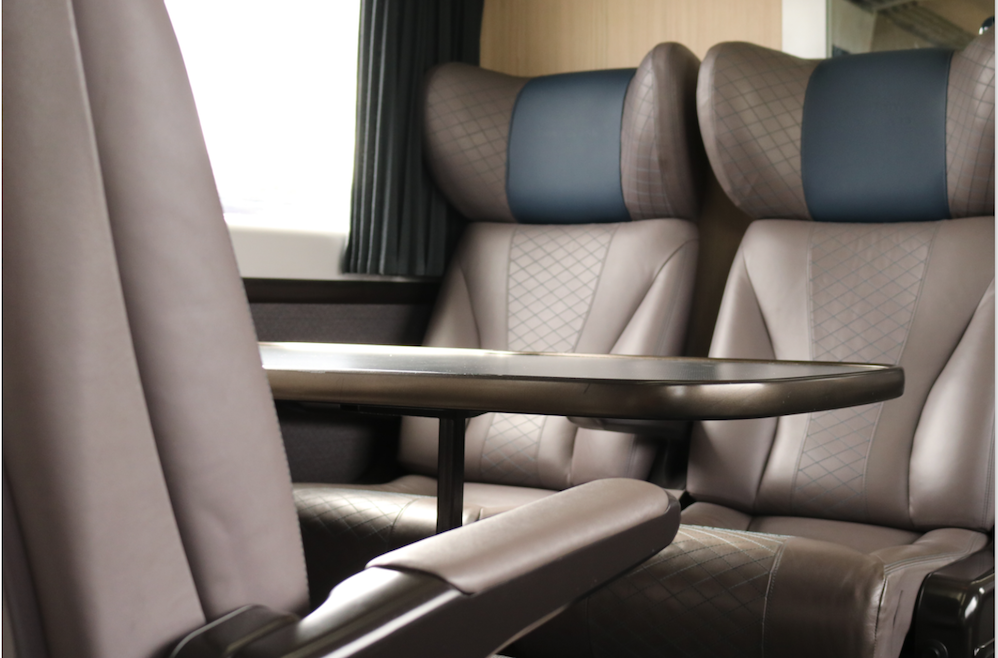 Transport Secretary Michael Matheson said: “Passengers have looked forward to the arrival of the fully refurbished HST fleet which will bring significant improvements for travellers on our inter-city routes between Scotland’s seven main cities.

“ScotRail and Wabtec, its supplier, have given assurances they remain focused on ensuring the full fleet is in service as quickly and efficiently as possible, meaning even more passengers will soon benefit from faster trains which have the latest standard of comfort, accessibility and catering provision.

“The boost in seating provision will help support the overall 23% increase in capacity being delivered during 2019 as rail continues to grow in popularity across Scotland.”