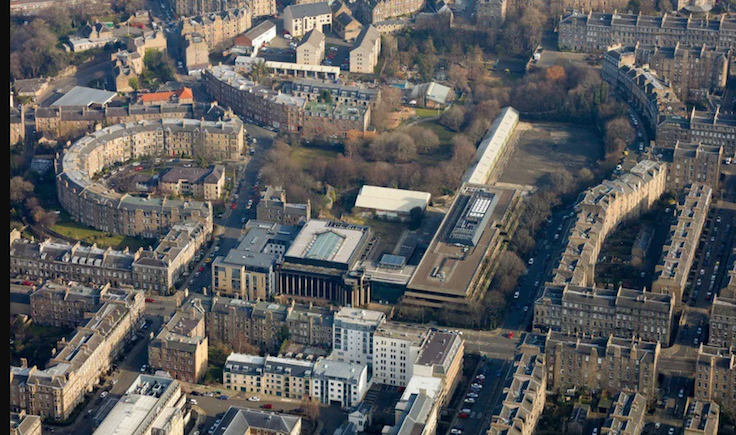 Royal Bank of Scotland has today launched the biggest city centre property opportunity to come on to the Edinburgh market in recent years.

It has officially released its former office and data centre site at Dundas Street for sale under the branding “New Town North”.

The 5.89 acre plot is the largest site to be sold in the city for more than a decade and is expected to attract interest from both UK and international developers.

As the UK’s principal financial services hub outside London, the city has seen record levels of office and commercial development since the end of the recession and is anticipating demand for more than 3,500 new homes annually for the next 20 years.

With the majority of new development opportunities in the city centre having been absorbed in recent years, the competition for remaining development sites is intense.

New Town North is the largest development site remaining in central Edinburgh and is expected to appeal to the full spectrum of city centre uses including residential, build to rent housing, hotels, offices and leisure.

A concept master plan has been developed for over 409,000 sq ft of development, with attractive landscaping and pedestrian-friendly public spaces.

There are also over 228,000 sq ft of existing high-quality office and data centre buildings already on site, capable of being refurbished or reused. 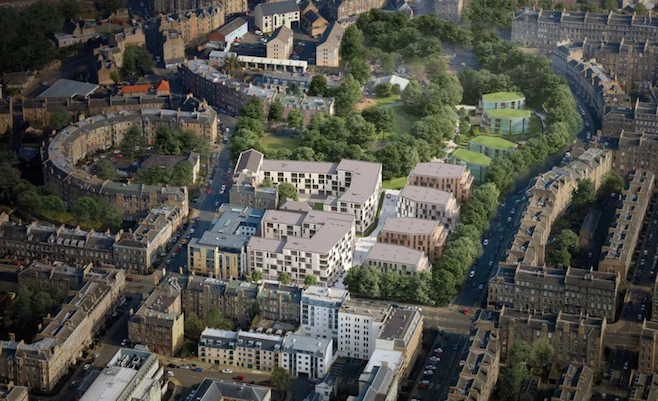 An impression of how the site could look

An RBS spokesman said: “We are excited by the marketing launch of New Town North, which is an exceptional opportunity to redefine this site as a striking new neighbourhood in Edinburgh. We expect to attract global interest and have designed our marketing campaign to ensure that the site attracts the consideration which it merits.”

James Thomson of marketing agents Cushman & Wakefield added: “Opportunities to complement a design icon are very rare. New Town North will be the natural extension of Edinburgh’s New Town, and a fantastic chance to create a premium development in the city centre. We are looking forward to seeing the market’s creativity at work.”

New Town North is adjacent to Edinburgh’s New Town, which dates from the 18th century when it was first developed as part of architect James Craig’s vision and was the largest planned city development of its day. It is still the best-preserved example of Georgian town planning and was granted UNESCO World Heritage Status in 1995.

In the past the New Town North land has had a number of fascinating uses – as a Victorian water theme park complete with a rowing machine capable of seating up to 60 people and a giant see-saw, as home to St Bernard’s Football Club and a grey hound race track.

In 1978 RBS commissioned their first building on site, the office and data centre at 34 Fettes Row, with their final development on the site completed in 2009. RBS relocated staff from the site last year to its purpose-built headquarters in Gogarburn.