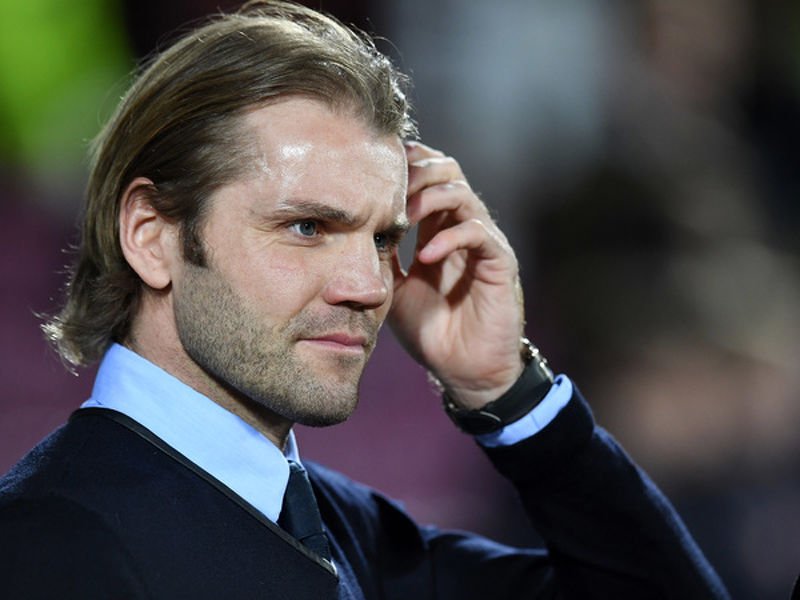 Robbie Neilson has signed a contract with Dundee United until the end of season 2019/20 (pic: SNS Group)

Robbie Neilson has targeted promotion back to the Premiership after being appointed the new head coach of Dundee United.

The former Hearts boss has signed a contract until the end of the 2019/20 season, and described the opportunity as the ‘perfect challenge’ after being confirmed as Csaba Laszlo’s successor.

The 38-year-old, who will bring trusted lieutenant Stevie Crawford to Tannadice as his assistant, will take charge of his first game this weekend when the Tangerines travel to Partick Thistle, the managerless Jags having reportedly made a late attempt to hijack United’s move for their No. 1 target.

“It is an exciting opportunity at a great club and I am confident that I can lead Dundee United back to the Premiership,” said Neilson, who played 23 times for United during season 2011/12.

“This is the perfect challenge for me at a club I know well and I am looking forward to getting straight to work ahead of Saturday’s match at Partick Thistle.”

Chairman Mike Martin said Neilson was the clear choice of the board to replace Laszlo, who was dismissed after just 44 games in charge, of which he won 18.

“I am delighted that Robbie has agreed to become head coach at Dundee United,” he said.

“From a long list of impressive applications, he was the outstanding candidate. We were convinced by his track record and experience, his style and approach to coaching and management and his plans and vision for this club.”

Renowned for his meticulous approach and attention to detail, Neilson’s previous experience in the Championship with Hearts was a fantastic success with the club winning 29 of the 36 league fixtures and amassing an impressive 91 points en route to securing the title.

He joins United with the club currently fourth in the Championship, eight points behind leaders Ayr United.

Griffiths’ Scotland future not in doubt 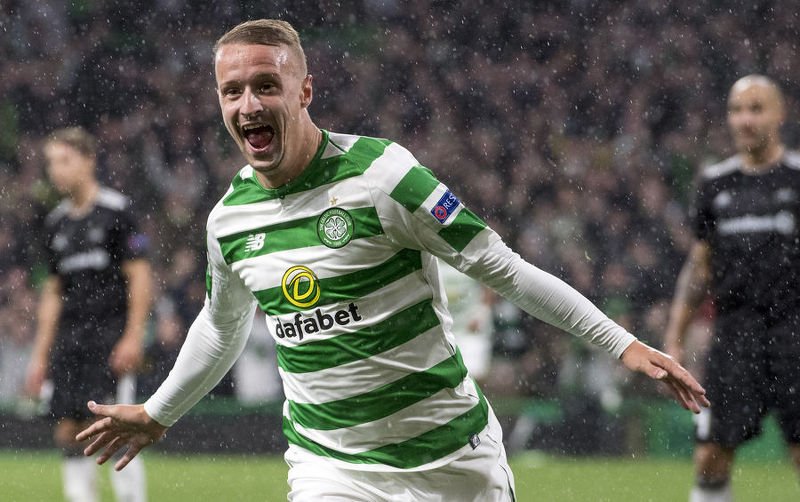 Celtic striker Leigh Griffiths has some fitness issues he wants to concentrate on (pic: SNS Group)

Leigh Griffiths still has a future with Scotland despite pulling out of the squad for Thursday’s Nations League clash in Israel and the friendly against Portugal three days later, according to assistant coach Peter Grant.

The Celtic striker, who played in his side’s 6-0 win over St Johnstone in Perth on Sunday, has withdrawn to ‘focus on fitness’.

He had earlier expressed his unhappiness with Scots boss Alex McLeish after he suggested that Hearts front man Steven Naismith was the favourite to start against Israel after scoring against Albania in the last international.

Grant insisted there has been no fall-out with the player, saying: “We were aware of the situation with Leigh. To be fair to the kid, he’s been honest.

“Alex had a great conversation with him and we’re very pleased with the way things sit. We’ve spoken to Celtic and we understand the player. There’s no problems whatsoever.

“It’s certainly not a huff. We understand that’s the way it was going to come out after the [Albania] game. The player has explained the situation and we’re very happy with that. Alex has spoken to Leigh at length and we’re very comfortable, as the player is.

“If the player feels uncomfortable at that moment in time and feels he’s not in the right straight mind to go and perform at the highest level and that’s down to fitness or whatever then fantastic.

“Some players just go through it and get on with it but if you feel you’ve got an issue then you’ve got to deal with it.

“He’s doing the right thing. If he feels he is where he is then we would rather he did that than come away moping about and feeling sorry for himself.

“We think it’s very important for him that he feels good in his own skin and we support him 100% and he’ll be part of Scotland in the future, that’s for sure.”