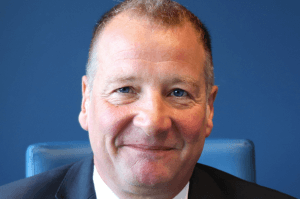 The chief executive of a Fife office fittings business that was bought out of pre-packed administration three months ago has resigned from the company that emerged from the deal.

Shaun Ormrod (pictured) was brought in to run Kirkcaldy-based manufacturing firm Havelock Europa a year ago.

He has been replaced at Havelock International in an acting capacity by the firm’s chief operating officer, George McAdam who joined the company in July.

In a statement, the company said: “Shaun Ormrod has stepped down from his role as chief executive with immediate effect having decided that it was time for a new challenge.

“George McAdam, who has made a positive impact since joining us in July as chief operating officer, will be acting chief executive for the foreseeable future and as such will be leading a number of key initiatives to drive the business forward.”

Mr Ormrod joined the company in September 2017 to develop and lead the implementation of the company’s turnaround and growth plan.