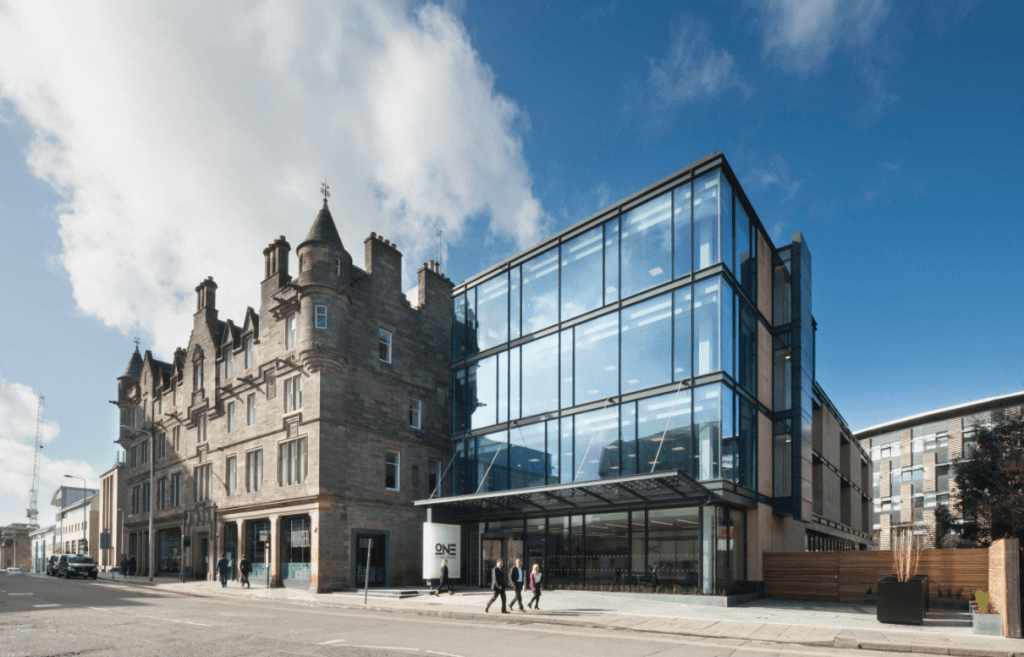 Two tenants of a new Edinburgh city centre office development have taken up the remaining floorspace.

Dutch co-working company Spaces has let a further 15,610 sq ft ft at One Lochrin Square in th Fountainbridge area and now occupies four floors of the building after taking an initial 29,707 sq ft earlier this year.

The building’s other tenant Trip.com, the Chinese owner of Edinburgh-based Skyscanner, took 12,000 sq ft on the building’s first floor in late 2017 and has also just acquired additional space of 3,277sq ft.

Trip.com employs 120 staff in a call centre and has plans to increase that number to 200.

One Lochrin Square is now fully let after only 16 months after it was re-launched by UBS Asset Management on behalf of investors following a major refurbishment.