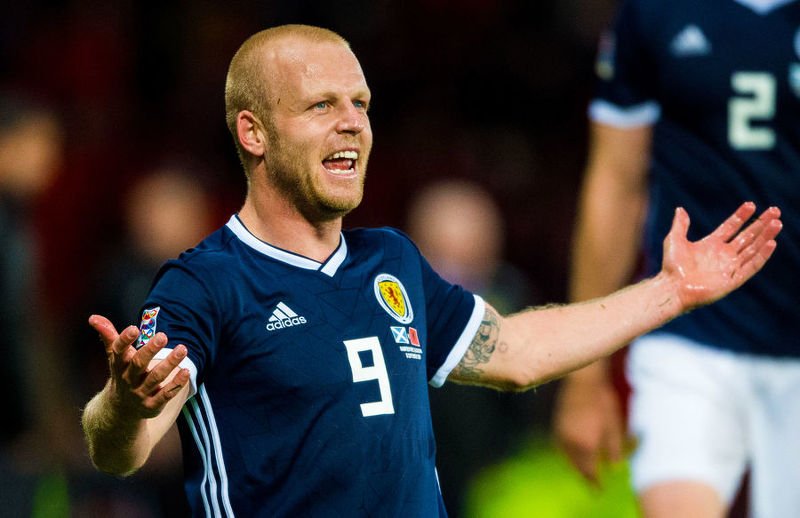 Much of the talk prior to Scotland’s Nations League clash with Israel tonight has focused on a player who wasn’t even on the plane to Tel Aviv.

Leigh Griffiths caused a stir when he told Alex McLeish he was withdrawing from the squad to concentrate on his fitness.

The Celtic striker’s decision has split opinion but the person set to benefit most from his absence, Steven Naismith, remains unperturbed by the affair.

The in-form Hearts forward was a late call-up for the friendly against Belgium when he replaced Griffiths at half-time for his first cap for 18 months. He then earned a starting berth ahead of the Parkhead star for the Nations League opener at home to Albania when he scored his side’s second goal in a 2-0 victory.

His form for his country will ensure his name is one of the first put down on McLeish’s team sheet, and with Griffiths’ international future remaining shrouded in doubt, Naismith could be around the national set-up for some time.

“People are going on about this tension but not for me. I couldn’t care less who’s in the squad,” said the 32-year-old.

“If anything, Griff is too honest for his own good sometimes. He is a forward who wants to play. 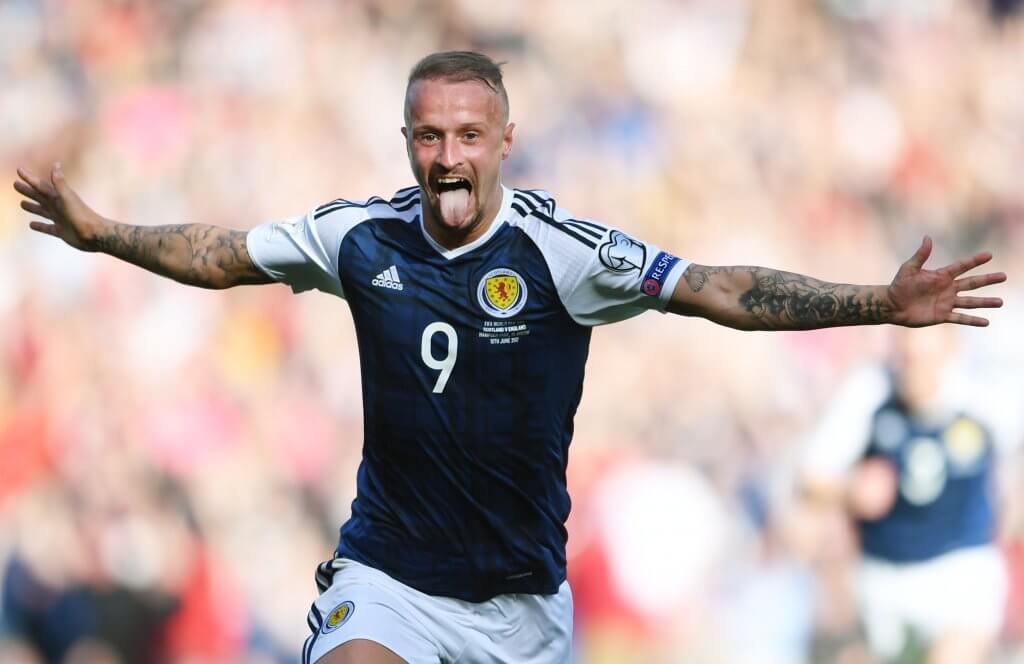 “His comments about getting a kick in the teeth, I can understand that. He isn’t saying, ‘I am not going to try from now on’. He’s just saying, ‘It’s a blow’.

“Every week, at every club, players take blows. It is how you react to it. If he has come to this conclusion about this trip then fair enough.”

He added: “I might play or I might not, but it’s not because of anybody else. If I am playing well enough then I’ll be in the team. If I’m not, then I won’t be in it. That’s the way I see it.

“There was definitely a bit of satisfaction after the Albania game with me thinking, ‘Right, I’ve made a point. Now I want to push on’.

“I have never gone on to a pitch worried about who I am playing against and I have always come off the pitch knowing that if I’ve had a bad game then it’s because I’ve been bad and not because the guy I played against had a good game.”

McLeish has urged his players to be mentally ready for the challenge awaiting them in the Sammy Ofer Stadium tonight in Haifa.

“We are going to Israel, their territory, and we have to show we have got a pair,” he said. “There has always been a mental thing when you go away from home. I can remember with the Aberdeen team we had under Alex Ferguson, growing up and finally winning at Celtic Park, finally winning at Ibrox.

“There was a very long time when we just couldn’t win. A lot of it was down to mentality.

“We had a good result in the first game in the group. We don’t go into this game thinking it is going to be easy.

Israel lost 1-0 to Albania in their Group C1 opener and have won only once in their last nine games – against Liechtenstein. They have scored only twice in their last five home outings.

The winner of the group will go into a play off, consisting of a one-legged semi-final and one-legged final, with the other three who also top their respective groups in League C.

If any of the group winners qualify through the traditional Euro 2020 qualifiers, the play-off spot(s) will go to the best runner(s) up in League C.

Barry Scott is rejoining the board of directors at Rangers, the club has announced.

Mr Scott left the board for a short time earlier this year in order to attend to other business affairs and is now able to offer his services again.