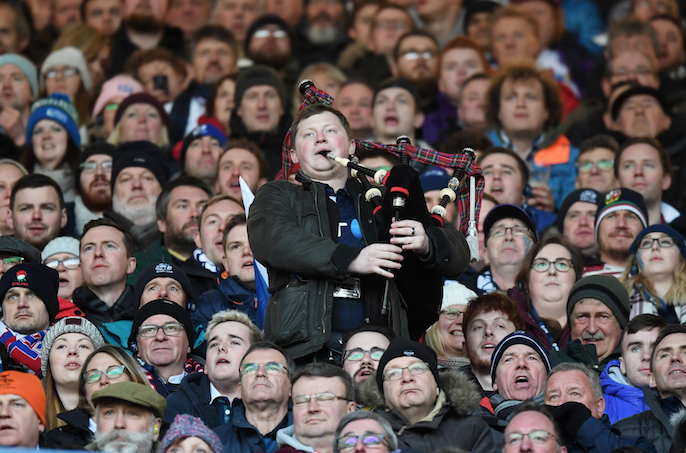 Murrayfield is enjoying its best ever attendances with this weekend’s Scottish League cup tie setting a new high for football and the national rugby team on a long run of sell-out matches.

The Edinburgh stadium is on course to stage Scotland’s biggest attended football match in 29 years when Hearts and Celtic meet in Sunday’s semi-final.

Celtic supporters have taken up their 30,000 tickets while Hearts are also close to shifting their allocation following a 50-50 split.

With the remaining seats taken up by sponsors and corporate hospitality it means the 67,144-capacity stadium will be a complete sell-out.

It can seat 15,000 more than Hampden Park and a full house would make it the biggest attendance for a Scottish football fixture since the 1989 Old Firm Scottish Cup Final watched by 72,069 at the old Hampden. 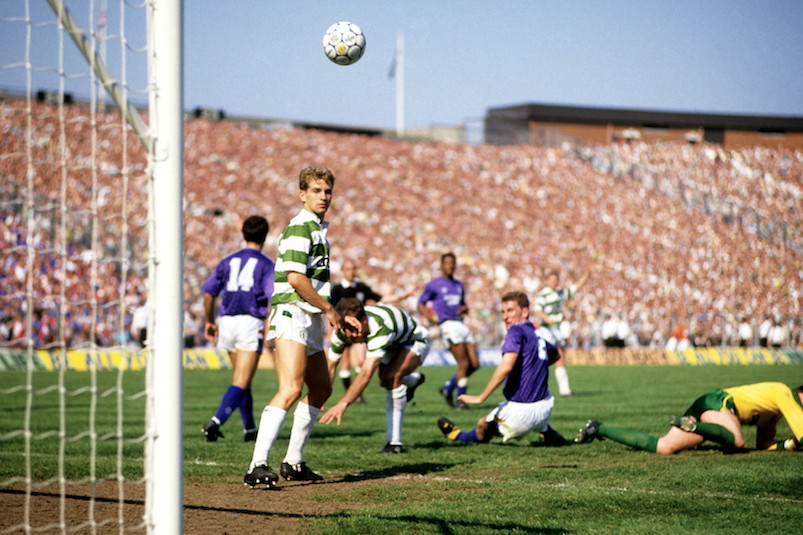 Celtic and Rangers in action at a packed Hampden Park in 1989 (pic: SNS Group)

The national rugby team’s run of good form has also drawn big crowds and the tenth successive capacity attendance is expected next month in a run of sell-outs that stretches back to the opening 2017 Six Nations game against Ireland.

The team’s home Autumn Test matches against Fiji and South Africa (on Saturday 10 and 17 November respectively) have reached the stadium’s limit, with the country’s third and final home test against Argentina to follow.

It will be the first time in history that both nations will be watched by a full house in Edinburgh, surpassing the 63,000 crowd that watched Scotland face the Springboks’ at the curtain raiser for the national stadium’s redevelopment in 1994.

The sell-out for Fiji means the crowd will be 30,000 higher than the previous record for this fixture set in 2002, and 45,000 more than the last time Fiji played at the home of Scottish rugby in 2009.

With a month to go, the current crowd number for Scotland’s third and final home Test against Argentina is over 62,000, having long since surpassed the record set for the fixture two years ago (50,481).

Capacity crowds are helping to raise revenue for the game. Scottish Rugby generated one of the strongest operating results for the game in its history in its last financial year which will lead to a continuing increase in investment across the sport in Scotland.

This in turn has generated a surplus of £1.8m, among the highest ever recorded for the organisation.

The record-breaking financial results have also enabled Scottish Rugby to record its lowest average debt in the professional era.

Scotland Head Coach, Gregor Townsend, said: “It’s a really exciting time for the sport in Scotland and the connection between our supporters and the national team has been great to see.

“Ten consecutive sell-outs at BT Murrayfield is incredibly humbling and we’re very grateful for that support. The players are hugely motivated by the noise that is generated in the stadium and look forward to feeding off that atmosphere next month.

“We’re entering a very important time for the squad and it’s great to have this level of support with us as we face strong opponents in the Autumn Tests and Six Nations, as we build towards the Rugby World Cup in Japan.”

Scottish Rugby Chief Operating Officer, Dominic McKay, said: “A massive thanks to the 670,000 fans who have sold out BT Murrayfield ten times in a row, and supported Scotland so vehemently.

“It’s a fantastic achievement and a fitting tribute to the national team players and coaches on the field, and the staff at Scottish Rugby.”