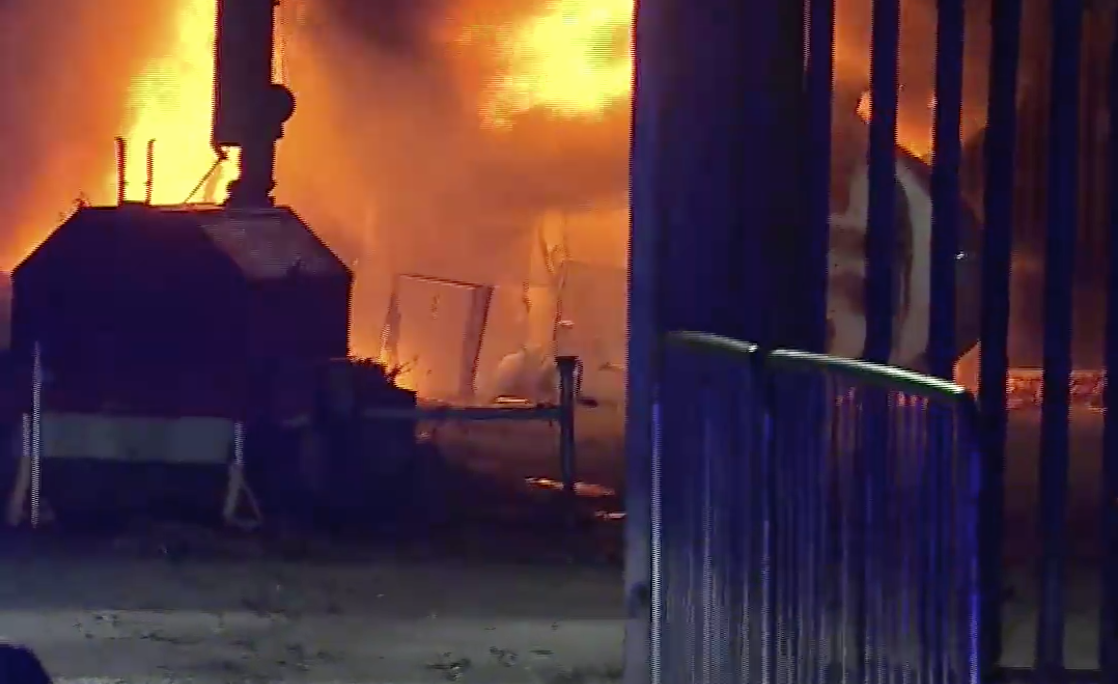 Scene outside the stadium after helicopter crashed (Sky News)

The billionaire owner of Leicester City Football Club was confirmed to be among those who died when his helicopter crashed minutes after leaving the stadium following last night’s Premier League fixture.

Vichai Srivaddhanaprabha, one of Asia’s richest businessmen, routinely left matches by helicopter and it was reported to be in trouble shorty after taking off from the pitch.

An eye witness who watched it rise above the stands said it appeared the tail propeller wasn’t working, putting it into a spin and dropping “like a stone” to the floor. It crashed moments later near to a car park close to the stadium and burst into flames.

The billionaire and founder of duty-free consortium King Power International was among those travelling.

His family often joined him at matches. His son and vice-chairman of club, Aiyawatt, was not at the game. 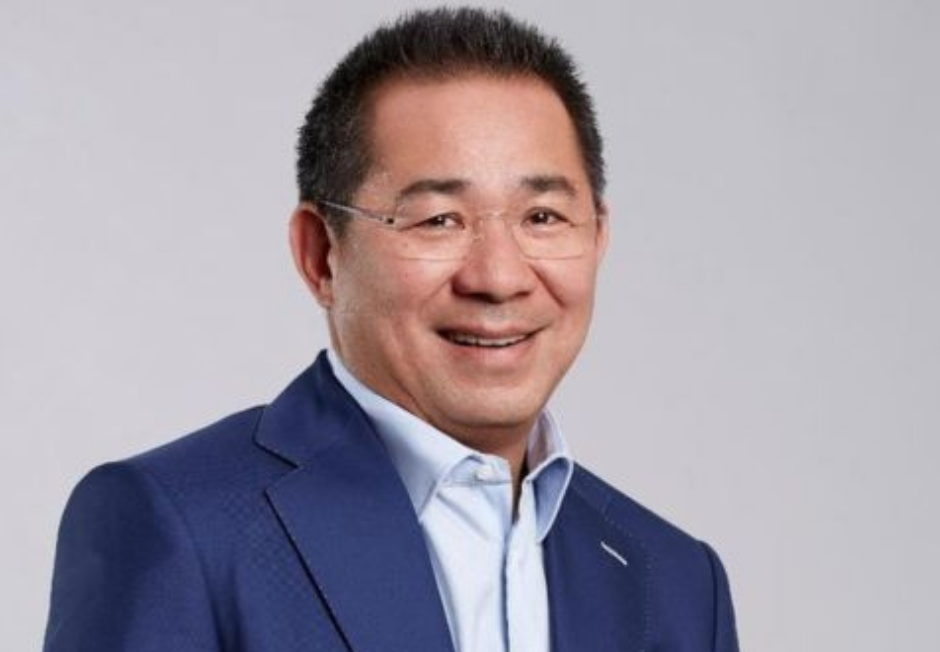 He bought the Midlands club for £39 million in 2010 and helped Leicester return to the top flight of English football in 2014. In 2016 the city celebrated a football fairytale when the team won the Premier League, having started the season as 5,000/1 outsiders.

Mr Srivaddhanaprabha, whose business career began when he opened a duty-free shop in Bangkok in 1989, is now said to be worth £3.8bn. He also owns the Belgian second division club OH Leuven.

Leicester Mayor Peter Soulsby said his thoughts and prayers were “with all – particularly owners who’ve done so much for club and our city”.

Former Leicester City and England striker Gary Lineker, a native of the city and now BBC Match of the Day presenter, signed off by saying it had been a “dreadful day”.

Earlier, it had been announced that former England manager Glenn Hoddle, now a BT Sport pundit, had been taken seriously ill and was in hospital. He is understood to have suffered a heart attack on hm 61st birthday.

Leicestershire police said that the air accident investigation branch was leading the investigation into the circumstances of the crash.

In a statement, the club said: “We are assisting Leicestershire police and the emergency services in dealing with a major incident at King Power Stadium. The club will issue a more detailed statement once further information has been established.”

Mr Srivaddhanaprabha also owned a large string of racehorses spread among a dozen or so trainers. Among the best horses to race to-date for King Power Racing are Beat The Bank, Morando and Donjuan Triumphant.

Andrew Balding is his main trainer and the owner’s Bye Bye Hong Kong was due to run in a Group 1 race at Chantilly today but was withdrawn.