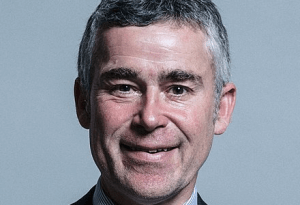 Tens of thousands of small businesses collapse every year because of late payments and many more cannot invest, grow or employ more staff because they have not received money owed.

The Association of Accounting Technicians, whose 4,250 licensed members provide tax and accountancy services to more than 400,000 SMEs, has made three recommendations:

Senior politicians from the Conservative, Labour, SNP and Green parties have come together to back the calls for reform and place additional pressure on the UK government to take long overdue action.

Conservative Sir Graham Brady, MP for Altrincham & Sale West and chairman of the 1922 Committee, said: “Prompt payment is essential for most businesses but particularly SMEs who often suffer real problems when not paid in a reasonable timeframe. The reforms suggested by AAT appear to be a good solution to this longstanding problem.”

Alan Brown (pictured), SNP MP for Kilmarnock and Loudoun and Spokesperson for Transport, Energy & Infrastructure, said: “I’m fully supportive of AAT’s calls to make the prompt payment code compulsory for larger companies, especially construction companies. Too many of these big organisations use the withholding of payments to SMEs to bolster their cash flow, as was the case with Carillion.”

Green Party MP for Brighton, Caroline Lucas, said: “Big businesses have had a chance to get their act together and pay their suppliers on time – but it’s clear a voluntary code isn’t working.

“The Government should be supporting and encouraging the smaller companies that provide so many jobs and much-needed innovation. Ministers must urgently introduce a compulsory Prompt Payment Code with strong financial penalties to force larger firms to pay for services in 30 days or less.”

Labour MP for Bury North, James Frith, added: “The collapse of Carillion and subsequent damaging impact on SMEs demonstrated the urgent need to reform the Prompt Payment Code. The AAT has proposed three very sensible recommendations which I support, and which should be given serious consideration by the Government.”

Labour’s former Shadow BEIS spokesperson Lord Stevenson of Balmacara has added his support to calls for reform, stating: “We have repeatedly tried to persuade the Government to sort out the late payment scandal and highlighted the ineffectiveness of the existing voluntary Prompt Payment Code. I am pleased to see these recommendations from AAT, which should go a long way to addressing the problem.”

The Department for Business, Energy & Industrial Strategy is currently calling for evidence on how to create a responsible payments culture in the UK. Submissions are accepted from now until 29 November.