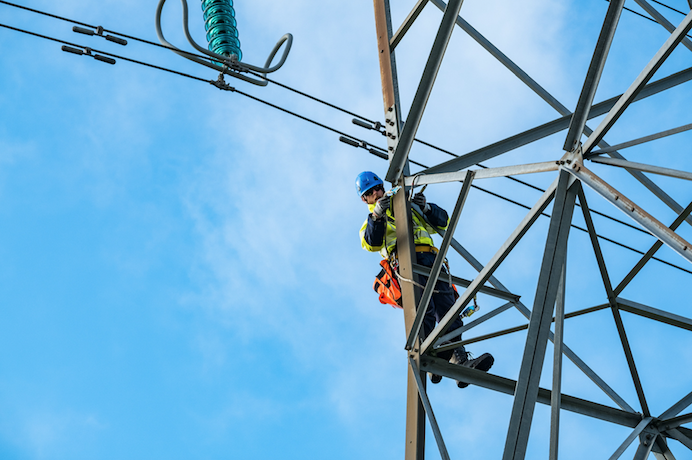 Power cuts can be caused by a number of factors

Climate change is making our weather be erratic and, in turn, is causing more power cuts in the UK. In July, Thorpe Park was hit by a series of power outages and members of the public were left stranded on several rides in uncomfortable temperatures. Elsewhere, there was more than 15 power cuts were reported in 24 hours in Cambridgeshire in the same month, and lightning strikes were said to be to blame.

While you may feel the inconvenience of power cuts in your home, if you’re a business you will notice a much larger impact. Top of the list of things to consider are lost productivity and wasted running costs and business owners must be prepared well enough to keep their operations functioning as effectively as possible during power cuts. Here, with gas bottle suppliers, Flogas, we look at what causes power cuts and how to prepare your business for them:

Power cuts in the UK

In years gone by, it’s been common for the UK to suffer from power outages. In 1972, the miners’ strike caused major power issues and even a state of emergency to be declared, while Storm Frank in 2015 caused the loss of power to around 40,000 properties. Considering the UK has more than 17,000km of electricity cables, there’s a great deal of maintenance to keep on top of, which means a sudden storm or unexpected heatwave can cause significant issues.

There are several kinds of power outages that may be harmful to a business’s everyday operations:

A report by Climate Central discovered that up to 80% power outages between 2003 and 2012 were weather related. Considering its unpredictability, it may be worth preparing your brand for future power cuts today.

How power cuts can affect your business

Nowadays, a business is reliant on power supplies. This makes any disruption or cut-off of energy all the more damaging. But how do power outages usually interrupt and harm a business?

The briefest of delays or interruptions can cause a huge amount of data to be lost. This may affect your company’s ability to achieve client deadlines on projects, if work and information is irretrievable and thus forcing your staff to start again. Blackouts and brownouts that last one or more days can mean your production lines simply cease to exist in practice. Of course, your staff are there and willing to work, which means they need paying regardless. However, your business won’t be able to create the products it needs to make a profit that day or even break-even. Similarly, if your business relies on a sales department, think of how much revenue you could lose if your team can’t contact people via phone or email to clinch new customer accounts.

One hour of downtime for a small business can cost them up to £800, while bigger companies will suffer even greater losses. When Google lost their power in 2013, they experienced losses of £100,000 per minute!

Of course, there are different reasons behind each loss. Not having access to electricity can mean that employees cannot communicate with customers and are therefore losing out on potential sales. For an ecommerce company, they do not have access to their website to monitor sales and client requests. There is also the risk of losing unsaved material, which can be costly to small businesses.

Recent research has found that nearly one in four IT professionals believe that an IT outage costs in the region of £10,000 to more than a £1 million per hour! In fact, IT downtime in the UK costs around £3.6 million and 545 productivity hours a year. To work out the average cost of downtime an hour, this is the general formula:

It must be said that for many this scale of losses in profit and productivity just isn’t affordable, so you can take certain courses of action to try to help you alleviate the issue.

How to minimise losses during a power cut

Each company is different, and they all have their own list of priorities. If your brand relies on computers and data — as do most in 2018 at least to some degree — install a UPS (uninterrupted power supply) for all your computers. This will let the device run via its battery and will give the staff enough time, if a blackout happens, to save crucial documents and properly shut down the computer to ensure data is not damaged and can be recovered to keep projects on track. Saving on a cloud is also a great way to keep critical files safe.

All companies use the internet in some capacity, but power cuts can cause crucial connections to the web to be lost. By setting up a MiFi — a device that can operate as a Wi-Fi hotspot — your employees’ devices can connect to an ‘ad-hoc’ network to help you stay online and working in the event of a power cut.

Look into purchasing a surge protector to best protect your electronic devices and machinery hardware; a sudden rush of energy can cause you data to be corrupted, as well as an industrial generator. Industrial generators are robust and designed to comply with legal obligations for optimum efficiency in times of need. If your brand relies on the continuous operating of equipment and machinery, it’s vital that you invest in a generator to protect from major productivity and revenue loss as a result of power outages.

It’s important to come up with a continuity plan as soon as possible to make sure all staff members know their role in making sure a power cut has as little damaging effects as possible. Do this by creating a team or committee that will determine the specific risks to your business — a small IT company will have different points to consider compared to a large factory — and then draw up a detailed process for mitigating these risks.

Also, if you have an interruption of electricity supply, unplug your devices and make sure you only use electrical equipment that adheres to regulations set out by the British Standards Institution.

Of course, it’s impossible to avoid a power cut, but they don’t have catastrophic consequences for your business. Follow these steps and prepare your company for a blackout situation. 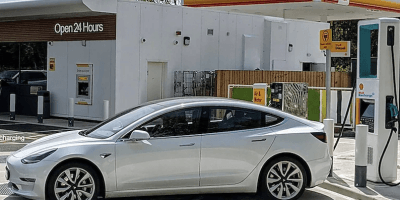