Flint in frame to take chair at Standard Life Aberdeen 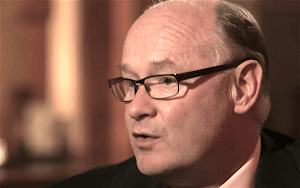 The former chairman of HSBC has been approached to take over as chairman of  Standard Life Aberdeen, according to City sources.

Sir Douglas Flint, who stood down from Britain’s biggest bank in September last year, is said to be among a small number of candidates being considered to succeed Sir Gerry Grimstone at the Edinburgh-based wealth manager.

Glasgow born Sir Douglas 63, trained as an accountant at KPMG and spent 22 years at HSBC, first as finance director and then as group chairman.

Since leaving, he has been made the Treasury’s special envoy for China’s Belt and Road initiative and taken the chairmanship of IP Group, a FTSE 250 intellectual property company.

A source told The Sunday Times that he was a “very credible candidate” to chair Standard Life Aberdeen.

It shares with HSBC a huge interest in the Asia-Pacific region and Standard Life Aberdeen is one of the bank’s top ten shareholders.