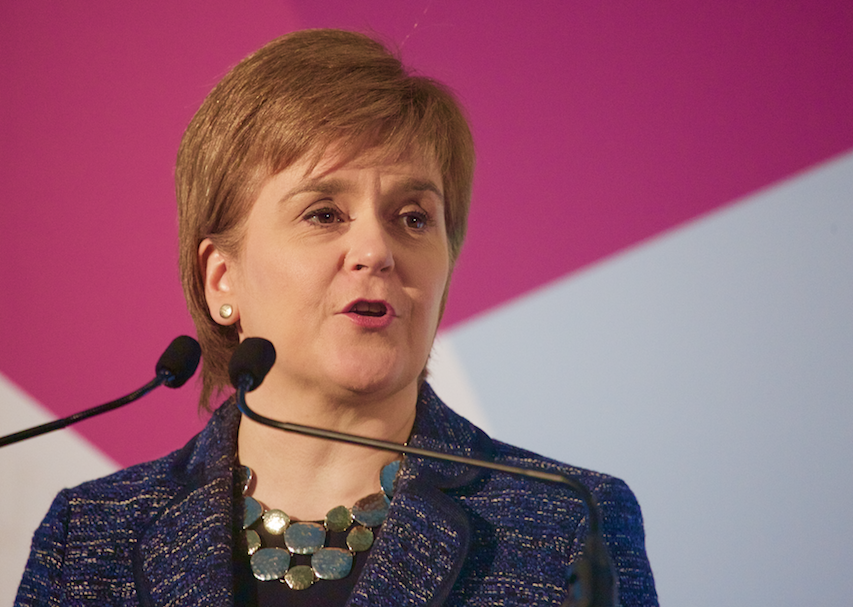 Fair Work First, which has echoes of the Business Pledge, will require companies to comply with key criteria on the living wage, gender pay and zero hours in order to secure grants and public sector contracts.

Ms Sturgeon is expected to tell delegates attending the final day of the party’s annual conference in Glasgow that ministers have worked with companies and trade unions on the fair work programme which is designed to stimulate investment in skills and training.

She will say it is part of the government’s commitment to “working, day in, day out, step by step, to change lives for the better.”

Ms Sturgeon will add:  “We’ve made payment of the real living wage part of our procurement process, we’ve extended it to adult social care workers and we will soon do the same for early years workers.

“As a result of all of that, Scotland now has the highest proportion of employees paid the living wage of any UK nation.

“But we must do more. Last month, we said business support grants from Scottish Enterprise would have living wage, zero hours contracts and gender pay criteria attached.

“I can announce today that, working with unions, business and the public sector, we will extend that approach.

“Fair Work First means investment in skills and training, no exploitative zero hours contracts, action on gender pay, and genuine workforce engagement, including with trade unions. And, of course, payment of the Living Wage.

“We may not yet have the constitutional power to make fair work a legal requirement – but we do have the financial power of government to make it a practical reality.

“And we will make that count.”

Ms Sturgeon will also say that optimism and hope are needed more than ever, in the face of an “unfolding calamity” at Westminster.

“The Westminster Government stumbles from day to day and disaster to disaster. It’s hard to watch that unfolding calamity and feel anything other than despair.

“So it is up to us – now more than ever – to offer optimism and hope.

“Just think how much more hope will be possible when we take Scotland’s future into Scotland’s hands and become an independent country.

“An independent Scotland, just as Scotland is now, will be a beacon for progressive values – equality, opportunity, diversity and fairness. Indeed those values feel more important today than ever before in my lifetime.”

Brexit Secretary Michael Russell told a fringe meeting that a second independence referendum could take place without the approval of Westminster.

Mr Russell insisted a second vote on leaving the UK would be staged, despite the current constitutional set-up.

Pro-union group Scotland in Union chief executive Pamela Nash said: “There is nothing optimistic about Scotland leaving the United Kingdom.

“The best future for our country is as part of the UK, and that’s a belief shared by the majority of people in Scotland.

“Nicola Sturgeon should use her conference speech today to end the uncertainty, and take a divisive and unnecessary second independence referendum off the table.”

“After more than a year milling around with no direction from the top, the SNP foot soldiers have used this conference for a group chat on whether and where to march next.

“When it comes to Scotland’s future, everyone in the SNP has an opinion but nobody has a plan.

“All the while, Scotland’s schools are going backwards, waiting times are being missed, and the economy is in the slow lane.

“Nicola Sturgeon can show leadership today by doing the right thing: and taking a second referendum off the table. The SNP army might not like it, but at least they’d know what was going on.”

Conference backed a resolution calling for the immediate devolution of migration powers, to give Scotland the ability to plug labour shortages in key sectors of the economy.

SNP Conference has warned of the “grave, far reaching and long-lasting consequences” for communities across Scotland and key sectors of the economy if Westminster withholds the devolution of these powers from the Scottish Parliament.

Commenting, Gillian Martin MSP said: “SNP Conference has sent a clear message to the UK government – we need powers over migration devolved to Holyrood and we need that guarantee now.

“We need to be able to attract people with the right skills to work in our economy, to plug the labour shortages we experienced this year and to avoid more economic damage.

“It’s high time the Scottish Parliament got the powers over immigration – so we can build a system that works for Scotland, based on the needs of key sectors, our communities and our economy.”