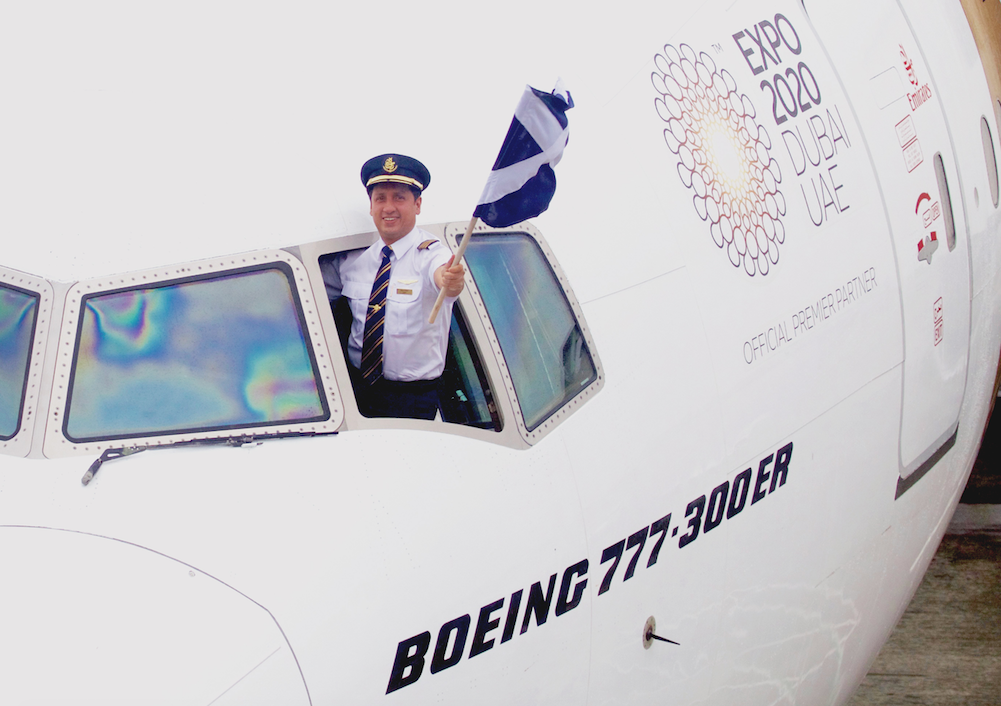 The first passengers flew in and out of Edinburgh today on a new service connecting Edinburgh with one of the world’s biggest hub airports.

The new route connecting the city with Dubai is operated by Emirates, the world’s largest international airline.

It provides some compensation for the loss of the Etihad service connecting the Scottish capital and Abu Dhabi. The last of these flights, introduced just three years ago, left Edinburgh just before the Emirates 777 landed.

Edinburgh is Emirates’ second destination in Scotland and the eighth in the UK and the plane was welcomed with a water cannon salute. The return flight left carrying about 200 passengers.

To mark the new service, a launch event was hosted by Hubert Frach and Richard Jewsbury of Emirates alongside Gordon Dewar, chief executive of Edinburgh Airport.

Mr Dewar said: “This is a great day for Scotland and Edinburgh. We know the power of connectivity – the more we can connect with cities and countries across the globe, the more opportunity for passengers.  It makes our country stronger and culturally richer.”

Other destinations which Emirates serves in the UK, include Heathrow, Gatwick, Stansted, Birmingham, Newcastle, Manchester and Glasgow.