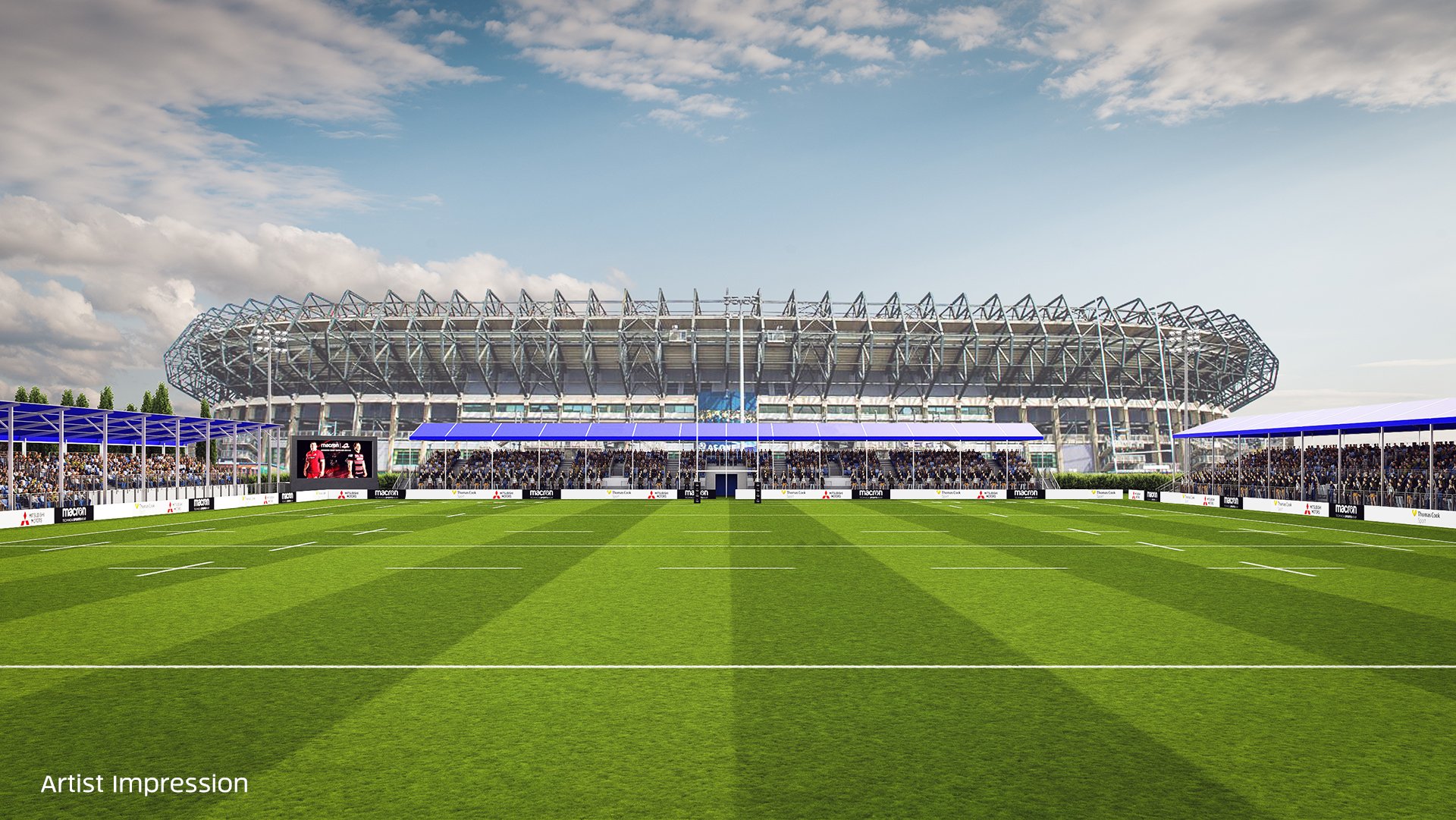 Edinburgh Rugby’s new 7,800-seat home will be in the shadow of Murrayfield Stadium.

Edinburgh Rugby’s new home in the shadow of Murrayfield Stadium could be ready for action by the start of next season.

The City of Edinburgh Council has given the green light to plans to build a 7,800-seater arena on the back pitches at Murrayfield.

The facility will have four stands, each around 8.6 metres high, surrounding a 3G artificial pitch which will run east to west. Floodlighting will be provided by four towers each measuring 25m in height, and these will replace the current lower floodlights on the back pitches.

Dominic McKay, Scottish Rugby chief operating officer, said: “Our ambition is to create a new home for Edinburgh Rugby and enable us to provide the city’s only professional club with a fit-for-purpose venue that will serve to further enhance performance.

“Edinburgh Rugby has spent many years working with the council and other partners to establish a home of its own and has explored and exhausted the city’s viable options.

“Scottish Rugby is keen to take the initiative and solve this ongoing problem by its application to utilise its own land at BT Murrayfield.”

In recent seasons, Edinburgh Rugby has been forced to use various temporary venues around the city as its ‘home’ ground but all that will be a thing of the past once the new stadium is erected, with officials hoping it will see its first action at the start of the 2019-2020 season.

Council planning officers said in a report: “Scottish Rugby has provided a letter of undertaking to Sportscotland stating that it will provide funding to enable a programme of upgrade works to the two grass pitches at Roseburn Park to deliver increased playing capacity.

“These works will be undertaken by the existing club on the site. If these works cannot be undertaken at Roseburn Park, Scottish Rugby will provide the sum of £150,000 to the City of Edinburgh Council to be used for pitch upgrades in another location in the area.”