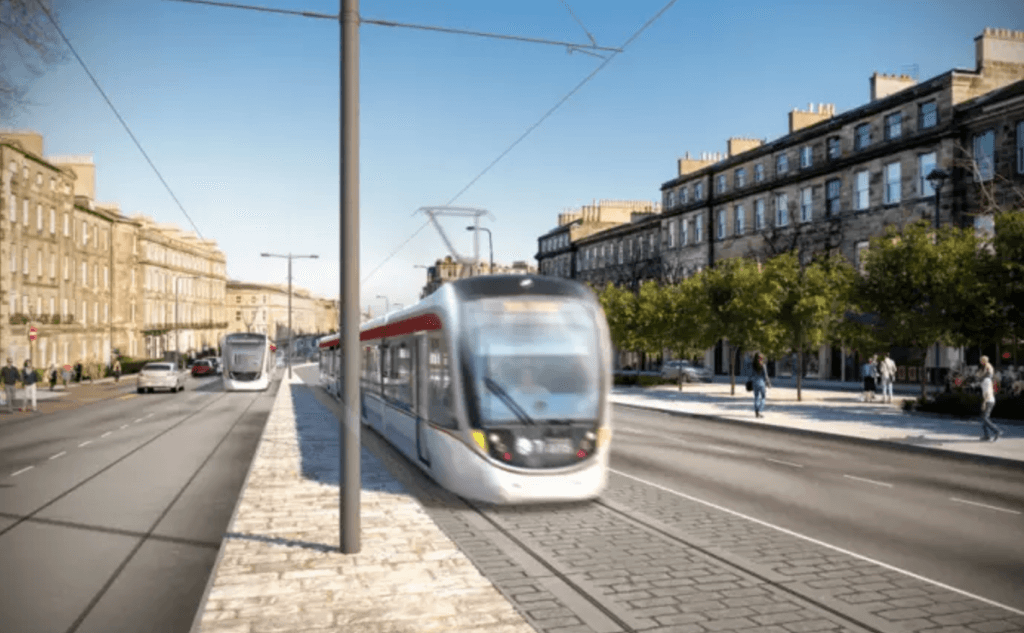 An impression of the trams in Leith Walk

Edinburgh City Council has postponed a final decision on extending the tram line until early 2019, it was announced today.

Councillors have requested more time to scrutinise the £165m proposed route from York Place to Newhaven via Leith Walk.

Tenders for the project were received in early September and evaluations are ongoing.

The final stage in this process is to seek “best and final”offers from the bidders and to clarify specific elements of the bids received, which will then be used to complete the final business case for consideration.

Transport and environment convener Lesley Macinnes said: “We have adopted a very thorough and robust process for the trams to Newhaven project throughout, learning crucial lessons from what went wrong previously. 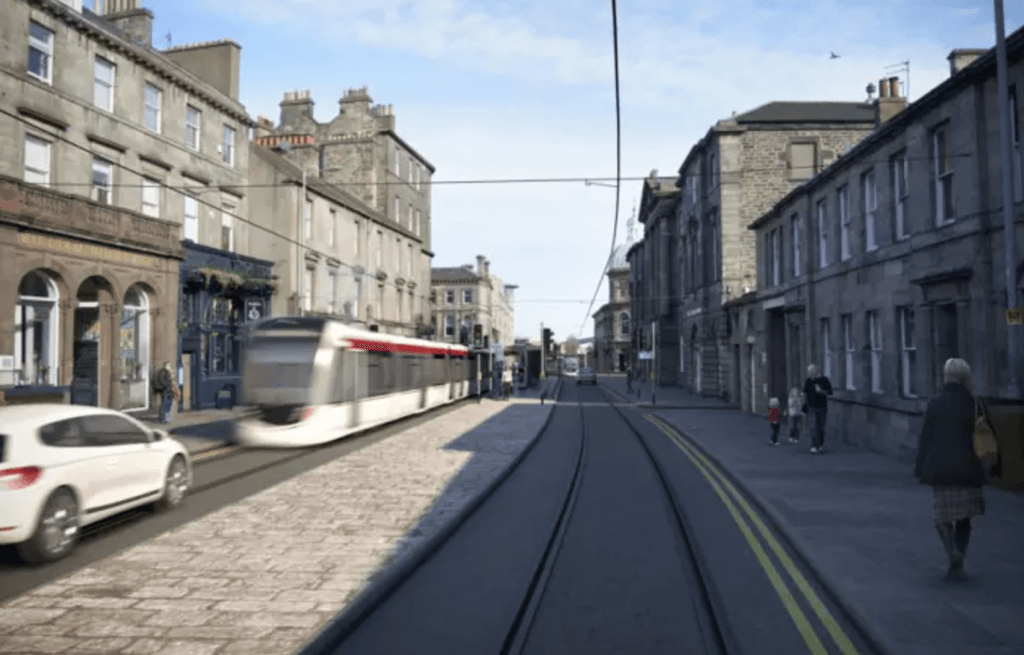 “We have been very clear from the outset that we will not bring forward the final business case for tram until we have vigorously tested the cost and time estimates with the market.”

Vice transport and environment convener Karen Doran said: “It is important for the council to have sufficient time to undertake due diligence and comprehensive evaluation of the final submissions and we have therefore decided to take extra time to allow this process to take place.

“We have also asked officials to extend the ongoing consultation period on the project design and plans until 11 November to ensure maximum participation and we look forward to the final business case being presented to councillors for a decision in March 2019.”

The council says the line to Newhaven will transport almost 14 million passengers in its first year of operation, more than doubling current use of the Edinburgh Airport to York Place service.

Extensive consultation has been undertaken with residents and businesses in Leith and Newhaven to inform the final design of the proposed route. The council has proposed a £2.4m support for business package during the construction period in an attempt to placate local traders still fuming over the disruption caused by earlier works in Leith Walk. The current line was supposed to extend to Leith but was truncated because of the massive cost-overrun.

The public can view the trams to Newhaven project designs and plans, which have been updated following public feedback from consultation earlier in the summer, until Sunday 11 November on the Council’s Consultation Hub(external link).