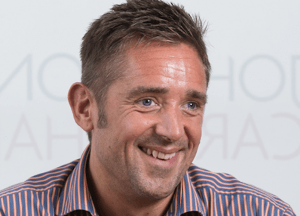 Employment issues have featured prominently in Budgets in recent years and I see the upcoming statement being no different.

We only have to look at the number of consultations and reports on employment issues published by the Government since Budget 2017, and the current level of HMRC activity on Employment Tax and National Minimum Wage compliance reviews, to confirm the Government’s continued interest in this area.

It has been widely anticipated in the tax profession for some time that the outcome of HMRC’s recent consultation on off-payroll working in the private sector will be announced on Budget day.

However, this speculation has now gone mainstream with a number of press articles hinting at a “big change” in this area over the last couple of weeks, so I don’t think it will be a huge surprise if the Government confirm on Monday that the off-payroll worker rules are going to be extended beyond the public sector.

The big question seems to be not IF these new rules will be introduced but WHEN and the timing of any legislative change will be crucial.

The notion that these changes will be rushed through for implementation on 6 April 2019 is becoming more popular as we approach Budget day although we still hope that this is not the case and that the Government will delay implementation until at least April 2020 to all to allow all parties enough time to adequately prepare, and for HMRC to run a comprehensive information campaign across multiple communication channels.

Of course, the off-payroll worker consultation is only one part of the equation in the Government’s broader agenda for fair work practices.

The tax laws around whether an individual is employed or self-employed have been considered recently in a separate consultation as many feel they are inadequate in today’s world of flexible working and the “Gig Economy”.

It is possible that a whole raft of changes could be announced around this, and the wider issue of employment rights, but these issues are not going to be fixed in one fell swoop, so we may see some low-level announcements such as further Government initiatives or consultations with a view to tackling this perennial problem area in the longer term.

As for other employment related matters that could potentially feature on Monday, I can think of a few areas that are possible candidates, some of which is an educated guess and others just pure speculation. Examples could be: