Assembly site yet to be decided 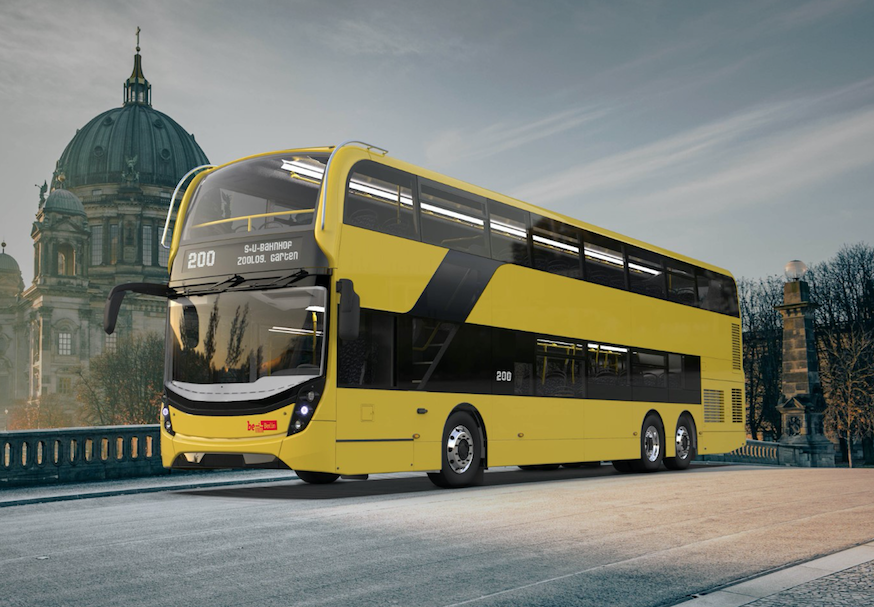 The new bus has been trialled in Berlin

Bus manufacturer Alexander Dennis has secured an initial deal worth an estimated €100 million to build a fleet of eco-friendly double decker buses for Berlin.

However, the company said assembly of the vehicles will not necessarily come to Scotland and may involve a new plant on mainland Europe.

Jacqueline Anderson, group marketing director, said: “Options on where to build is being reviewed but generally it is as close to the customer as possible. We are looking for a solution to execute this.”

The company has plants in Canada, China, New Zealand the US, but not in mainland Europe. Ms Anderson said this could be among the options.

Alexander Dennis in Falkirk built two Enviro500 test vehicles in 2015 for Berliner Verkehrsbetriebe (BVG) which now wants 200 to operate around the German capital. BVG is ultimately seeking 430 worth a total contract value of €220m.

The 80-seater Enviro500 vehicles will be tailored to the requirements of operation in Berlin, and the first are due to arrive in the city in 2020.

BVG operates around 1,500 buses which last year alone transported 441 million passengers. More than 400 double deckers are used on BVG services in Berlin. This is the largest fleet of its kind in continental Europe and one of the largest in the world.

Dr Sigrid Evelyn Nikutta, BVG chairwoman of the management board and operations, said: “Yellow double deckers are a well-known landmark of Berlin. This tradition will now continue with the buses built by Alexander Dennis.

“Thanks to the flexible contract we will be able to adjust our purchase volume depending on how the electric bus market develops. It is part of our plan to electrify our bus fleet by 2030.”

Colin Robertson, chief executive at Alexander Dennis, said: “We are delighted that BVG, as a leading and innovative European transport operator, has chosen Alexander Dennis as the sole supplier of Berlin’s new double deck buses.

“Our state-of-the-art Enviro500 vehicles offer benefits for BVG, its drivers and its passengers, as Alexander Dennis has already demonstrated with over 17,000 Enviro family double deckers for customers around the world. This new partnership with BVG is a significant step forward in our European expansion strategy.”

The Enviro500 has a lightweight aluminium body structure to enable greater efficiency.

HSBC opens one city branch as another closes