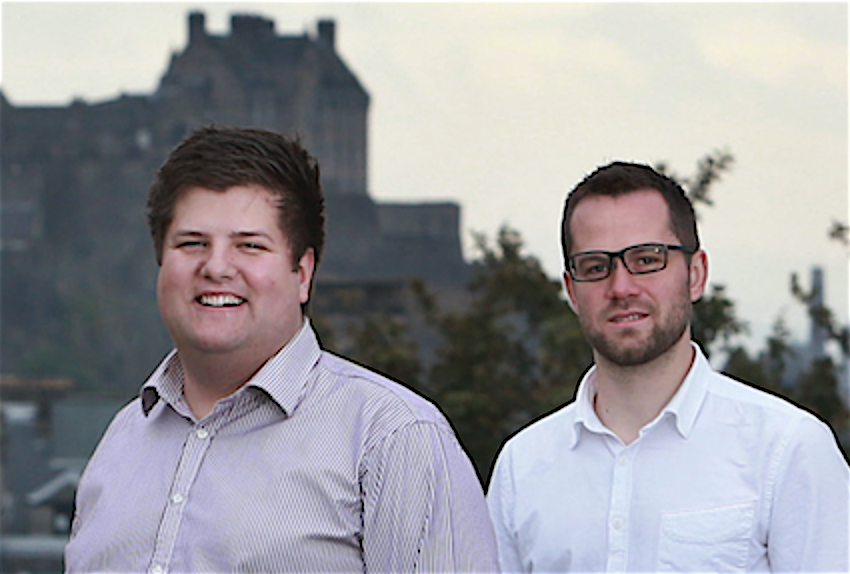 Chris McCann and Stewart Whiting of Snap40 who raised £6.1m in seed funding

Scottish companies raised £42million in the third quarter – more than double the amount raised in the previous quarter (£21million) – with £35.8m raised for healthcare projects.

The Scottish trend mirrors the UK-wide and global story, which saw healthcare and biotechnology driving some of the quarter’s top investment deals, as recorded by KPMG’s Venture Pulse report.

In total, £1.4bn of venture capital was invested in UK businesses in the last three months.

James Kergon, head of deal advisory for KPMG in Scotland, said: “The summer is usually quite a quiet period for investment, yet Scotland has continued to attract investors, particularly in the healthcare sector.

“Scotland’s healthcare companies, both large and small are thriving, and as the UK’s population continues to grow older, drug development and biotechnology will continue to be a safe bet for investors.

‘Start-ups fared particularly well, with early-stage financings accounting for £16m of investment, including a remote patient monitoring developer, Snap40, raising £6.1m in its seed round.

“This is particularly encouraging for Scotland as we prepare to leave the EU, and while investors will be keeping a close eye on negotiations in the coming months, shows confidence in Scotland’s economy and its ability to remain at the forefront of technological developments.”