Engineering back in favour

Wood and Weir on brink of FTSE 100 promotion 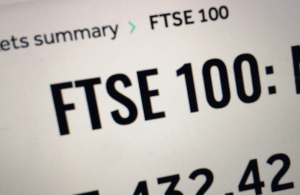 Two Scottish engineering companies are in contention for promotion to the FTSE100 this week, signalling a resurgence in fortunes for the manufacturing sector.

Aberdeen-based Wood and the Glasgow headquartered Weir Group are joined on the ‘probables’ list by a third engineer, Spirax Sarco Engineering, together with insurer Hiscox and the retailer JD Sports Fashion.

Rightmove, Severn Trent and Direct Line are the closest to demotion.  Marks & Spencer and Royal Mail  are also clinging on to their positions in the top index.

Automatic entry currently looks to lie at around a market capitalisation of £5.5 billion and automatic demotion (111th biggest) at around £4.2bn.

On current valuations both Wood and Weir are about £600m short and analysts are saying that it is most likely that there will be no change in the quarterly reshuffle for the first time since March 2006. Wood has benefited from the integration of acquisitions, not least the Amec Foster Wheeler deal, though its shares were 6.4% lower over the course of last week.

Royal Mail only returned to the FTSE 100 in March following a strong recovery in its share price, which hit an all-time high in May. Since then shares have fallen around a quarter to levels seen at the start of the year.

Property search engine Rightmove may be relegated after its shares also hit a high in May on the back of takeover activity in the sector. However, it would have to shrink by a further £240 million, or 5%, equivalent to 245p per share, to lose its place.

Direct Line was hit by the ‘Beast from the East’ and chief executive Paul Geddes’ announcement he would step down next year. Premiums have dropped 5% in the first half of the year and profits fell 14% to £293.8 million.

If there are any changes they will come into effect on 24 September and will be of particular interest to the providers and owners of tracker stocks or passive funds. Their underlying holdings will need to match any changes in the FTSE 100’s membership. This creates forced buying of promoted stocks and forced selling of those that are demoted.