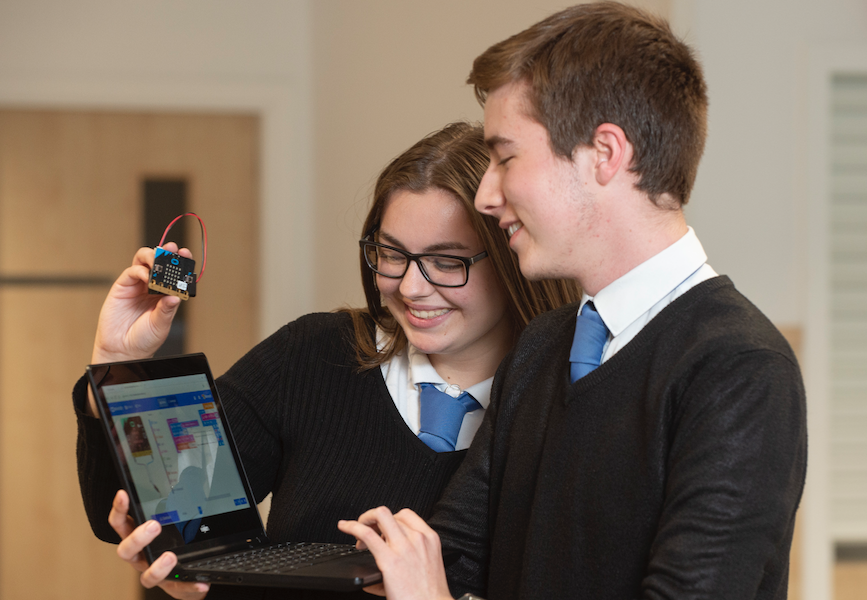 The £661m Data-Driven Innovation initiative is a key part of the recently-announced Edinburgh and South East Scotland City Region Deal and aims to train 100,000 people in data skills over the next decade.

It is estimated that Scotland needs around 13,000 extra workers each year with data skills as the workplace is transformed. The Scottish Government’s Digital Strategy, published in 2017, included plans to tackle this digital skills gap while growing the Scottish economy.

Together, the two universities will increase the provision of data science teaching for their students, and support schools and colleges across the region to provide digital skills teaching and training.

The region’s supercomputing capabilities will also be strengthened with investment in a data analysis facility, which will help 1,000 organisations use data to innovate within their sectors.

Scottish Secretary David Mundell, said: “This exciting project – backed by £270m of UK Government investment – will ensure that the UK leads the world in technologies of the future and benefits from the economic growth opportunities this brings.”

Jarmo Eskelinen has been appointed to lead the Data-Driven Innovation initiative. He comes to Edinburgh from his previous role as chief innovation and technology officer at the London-based Future Cities Catapult initiative.

The £1.3bn Edinburgh and South East Scotland City Region Deal was announced by the Prime Minister and First Minister at the University of Edinburgh on 7 August.

In a separate announcement the Scottish Cities Alliance will today launch its biggest investment prospectus to date at the newly-opened V&A Dundee, highlighting the huge potential in the seven cities to the investor world.

The Alliance has helped to bring in more than £125 million to the Scottish economy to date and also runs the Smart Cities Scotland programme, which has seen more than £24m invested in the seven cities’ smart ambitions, with £10m of that total coming from European funding.

This work is creating a network of Smart Cities across Scotland which will use information, or data, gathered from technology, to improve services, create new opportunities for business and enhance the quality of life for citizens.