Tesco launches Jack’s in battle with Aldi and Lidl 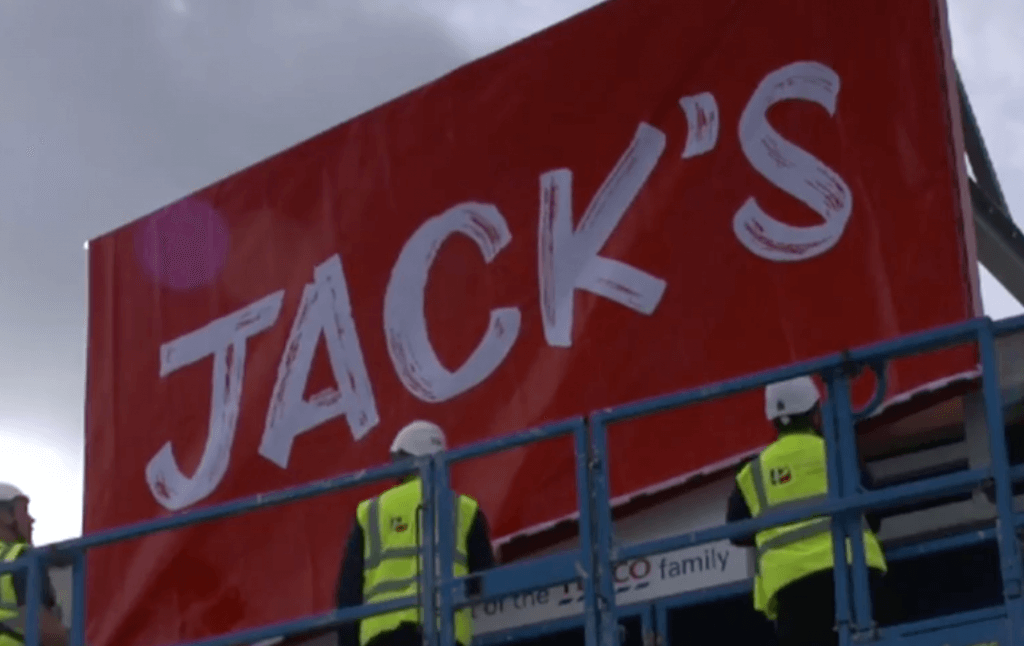 Tesco launched a new brand in the supermarket sector

Tesco will today unveiled the first of a chain of discount retail stores called Jack’s in the fight back against German rivals Aldi and Lidl.

The name is taken from Tesco founder Jack Cohen who launched the group in 1924. It is also considered a solid British name that may resonate with shoppers.

It is thought the chain will focus on a more limited line of goods sold at basic prices, again emulating the strategy of its early motto: “Stack ’em high, sell ’em cheap”.

There is talk that Tesco will open up to 60 of the new format shops, though some are questioning suggestions that some may be revamped convenience stores in town centres which may be less able to stock products at rock bottom prices.

The group’s chief executive, Dave Lewis, attended the opening of the first store in Chatteris, Cambridgeshire.

Data for the 12 weeks to 9 September, showed Tesco’s slice of the overall market was 0.5% down on the same period last year. Aldi and Lidl grew their respective market shares to 7.6% and 5.5%. Tesco remains the biggest player on 27.4%.

However its dominance is also threatened by the proposed merger of ‘Big Four’ rivals Sainsbury’s and Asda that would make a combined company the biggest supermarket chain. The Competition and Markets Authority today announced that it is referring this plan to an in-depth investigation.

The CMA says the deal raises “sufficient concerns” to be referred for a more in-depth review.

“The companies are two of the largest grocery retailers in the UK and their stores overlap in hundreds of local areas, where shoppers could face higher prices or a worse quality of service,” it says.

These concerns will be considered further in the phase 2 investigation, along with other issues raised so far with the CMA, including those relating to fuel, general merchandise (such as clothing) and increased ‘buyer power’ over suppliers.

Previous attempts to launch discount chains have not been successful.

In 2014 Sainsbury’s joined forces with the Danish chain Netto to launch a 16-store UK discounter, but the venture closed two years later after struggling to make a profit.

At the turn of the century Asda created an Asda Essentials chain but closed the operation in the first year.

Tesco took the discount route in the 1980s with Victor Value, but the move was abandoned after four years because the management team at the time feared it might undermine the main brand.