Striker Griffiths signs on for ’10-in-a-row’ 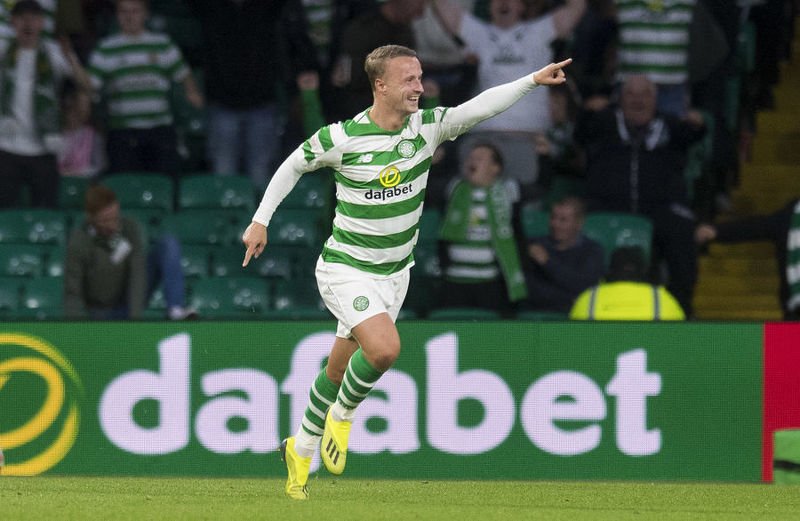 Leigh Griffiths has already scored 100 goals for Celtic and is looking to add many more to that tally (pic: SNS Group)

Striker Leigh Griffiths has set his sights on winning 10-in-a-row with Celtic after signing a new four-year deal with the club.

The Parkhead outfit is going for its eighth successive title this season after back-to-back trebles and the Scotland front man is hungry for more success after agreeing a new contract until 2022.

“From the moment I walked in the door here, this is where I wanted to be for the rest of my life,” he said. “I can’t wait for the future.

“I’m here for the 10-in-a-row bid, but my main focus now is trying to get in the team and stay as fit as possible

“Celtic is a great club and I wouldn’t want to be anywhere else. I had the opportunity to move but I wanted to stay and fight for my place.

“I’ve been rewarded with another deal and knowing that I’m going to be here for another four years is great.”

The 28-year-old joined Celtic from Wolves in January 2014 and netted his 100th goal for the club in the recent Europa League play-off victory against Suduva.

“I’ve hit the 100 now and I want to try and continue that and aim for greater heights,” added the former Livingston, Hibs and Dundee forward, who has played 190 games for the Hoops.

Captain Scott Brown is close to signing a contract extension with the champions, the midfielder having joined from Hibs in 2007, while James Forrest is also understood to be ready to commit his future to Celtic, who take on St Mirren this evening as the Scottish Premiership returns to action after the international break.