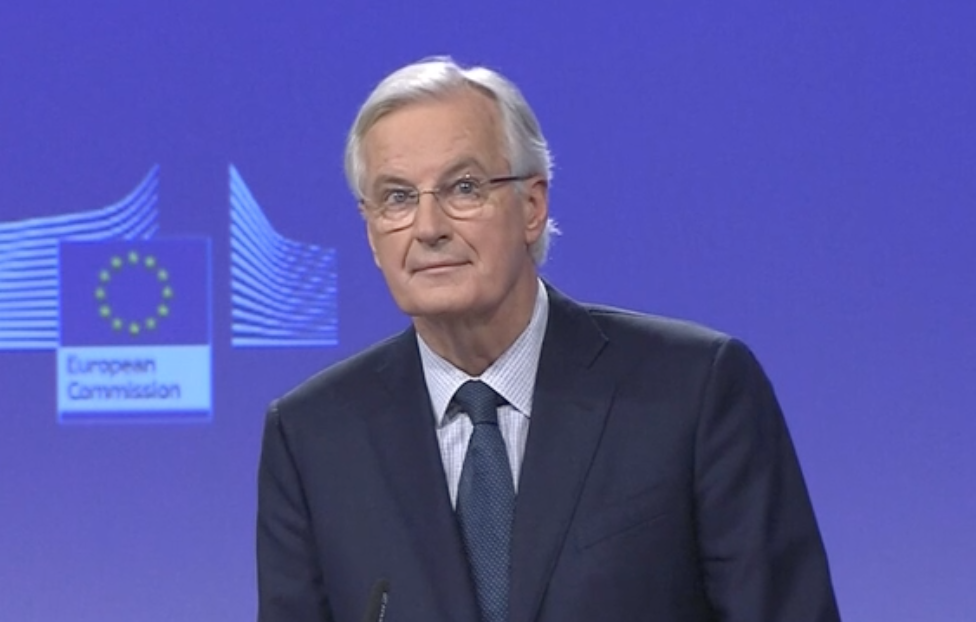 Michel Barnier: need to be realistic

The pound strengthened on hopes of a Brexit breakthrough after comments by the EU’s chief negotiator.

Michel Barnier said a Brexit deal was possible within eight weeks “if we are realistic”, sending sterling up by more than 1% against the dollar before settling in later trade 0.77% higher.

The British embassy in Slovenia, where Mr Barnier was speaking, said he had indicated a Brexit agreement “in the next 6-8 weeks.”

Mrs May’s proposals to avoid undermining the Good Friday agreement or the EU’s single market regulations have met with scepticism in Brussels.

Some analysts are not convinced that Mr Barnier has moved his position at all, and that his comments in Bled repeat his earlier call for a deal by November to ensure parliamentary ratification by March, when Britain must leave the EU, with or without a deal.

Mrs May cannot be sure of gaining approval even within her own party which is deeply divided on her Chequers proposals.

EU leaders will meet her next Thursday at a summit in Austria but EU officials say a deal may not be reached until December, even January, at the earliest.

Some EU diplomats, according to the Reuters news agency, are speaking of Britain asking to prolong the talks beyond the current exit date of March 29, despite huge opposition to such an idea from many of Mrs May’s supporters.