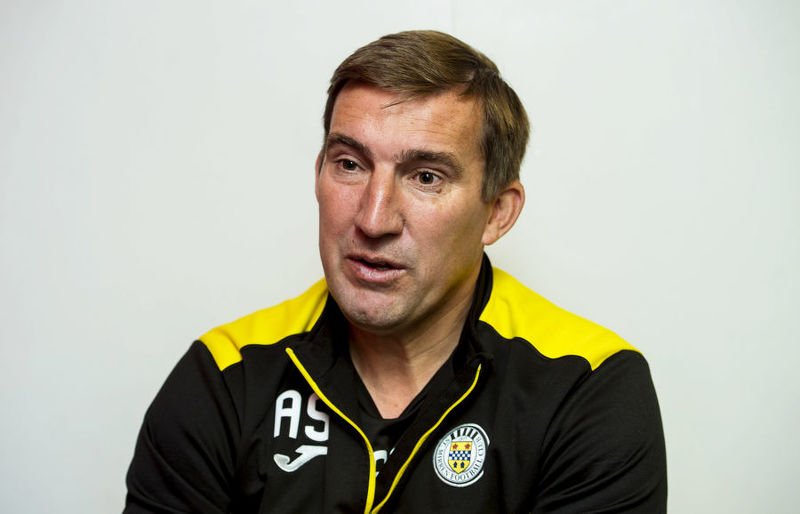 The Premiership new boys brought in the 46-year-old to replace Jack Ross in June when he left to join Sunderland.

Managing one victory in his first four top-flight games was not enough for the Paisley board, who wasted little time in dispensing with Stubbs’ services in the wake of the 4-1 defeat to Hearts at Tynecastle on Saturday.

A club statement said: “St Mirren Football Club can confirm that it has tonight parted company with manager Alan Stubbs with immediate effect.

“Careful consideration was given to this decision and the search for a new manager will begin immediately.

“The club would like to thank Alan for his work during his time in charge at The Simple Digital Arena and wish him the best for the future.

“The club will keep supporters informed as new arrangements are put in place and thank them for their patience and ongoing support.”

Former Ross County boss Jim McIntyre, axed by the Dingwall side 12 months ago, is favourite to replace Stubbs.

Former Celtic and Everton star Stubbs ended Hibs’ 114-year wait to lift the Scottish Cup when he guided the Edinburgh side to glory against Rangers in 2016. After leaving Easter Road he took over at Rotherham with little success.

Stubbs’ sacking comes soon after Kenny Miller’s exit from Livingston, who were promoted to the Premiership along with the Buddies. Gary Holt has since taken up the reins in West Lothian.

The 24-year-old takes over the armband after Scott Brown’s retirement from international football earlier this year.

“He’s had setbacks, but shown it’s not the end.”

Robertson has 22 caps for his country and will lead Scotland out in Friday’s friendly against Belgium at Hampden Park before the Nations League opener at home to Albania on Monday night.

In-form Hearts forward Steven Naismith has been called into the squad by McLeish following the withdrawal of Swansea’s Oliver McBurnie.

Naismith, whose hat-trick for the Jambos against St Mirren on Saturday took his tally for the season to seven, last played for Scotland in a 1-0 win over Slovenia in March last year.