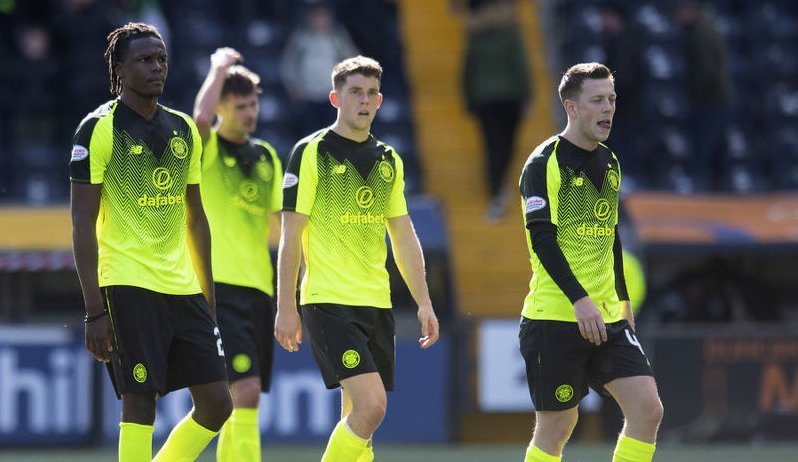 Kilmarnock’s dramatic win over Celtic consigned the Scottish champions to their worst start in the league for 20 years.

Brendan Rodgers’ side took the lead at Rugby Park but conceded a late goal to slump to their second defeat of the campaign. The Parkhead outfit have amassed just 10 points from their opening six games and now trail leaders Hearts by six points.

There is added concern for Hoops fans with Rangers’ resurgence under Steven Gerrard showing no signs of slowing down, the Light Blues’ thrashing of St Johnstone at Ibrox seeing them leapfrog their arch rivals in the table.

These are worrying times for Rodgers, whose team kicked off the season having won back-to-back trebles. Talk of cracks in the relationship between the Northern Irishman and chief executive Peter Lawwell will not go away, things having come to a head during the recent transfer window.

Celtic were knocked out of the Champions League qualifiers by AEK Athens, struggled to beat an ordinary Rosenborg side at home in the Europa League on Thursday and clearly have some work to do to apply pressure at the top of the table.

It is a far cry from the standards set by last season’s Invincibles and the defeat to Killie will serve to give others hope.

Leigh Griffiths opened the scoring for the Celts in the first half in Ayrshire but the points stayed at Rugby Park with Chris Burke levelling and Stuart Findlay netting a dramatic header with seconds remaining.

“To lose the game is disappointing,” said Rodgers, who made five changes to the team which started against Rosenborg. “We just have to continue to work. There are probably a number of reasons for it but we have to stick together.

“You can only ever do your best; that’s what we always say to the players. But we can be much better. When you are a huge club, the demand is to win.

“In the last couple of years we’ve done that really well and playing in a style that is synonymous with the club. It hasn’t been the same but we have to work to make it better.”

Across the city, life could not be better for followers of Rangers.

Fresh from a superb draw against Villareal in their opening Europa League group match, the Ibrox side romped to victory over the Perth Saints to move into second place in the table, five points behind the Jambos who drew 0-0 at home to top-flight newcomers Livingston.

Goals from James Tavernier, Alfredo Morelos, Scott Arfield and Kyle Lafferty had the hosts 4-0 up before Blair Alston netted for the visitors, who then conceded a fifth almost immediately to Daniel Candeias.

“I asked the players to come in with the right attitude and the right mentality and forget about Thursday,” said Gerrard.

“I thought at times we played some stunning football. We certainly deserved to win by a big margin today – five different scorers so I’m happy.

“We have to show people what we are about, play our own way and make it uncomfortable for teams. And that looked uncomfortable for St Johnstone. Today in patches was some of the best football I have seen from us.”

Elsewhere, Hibs defeated Dundee 3-0 at Dens Park to close the gap on Hearts at the top, Neil Lennon’s side sitting in joint second spot on 11 points. Aberdeen edged out Motherwell 1-0 at Pittodrie, while Hamilton were 3-0 winners at home to St Mirren. 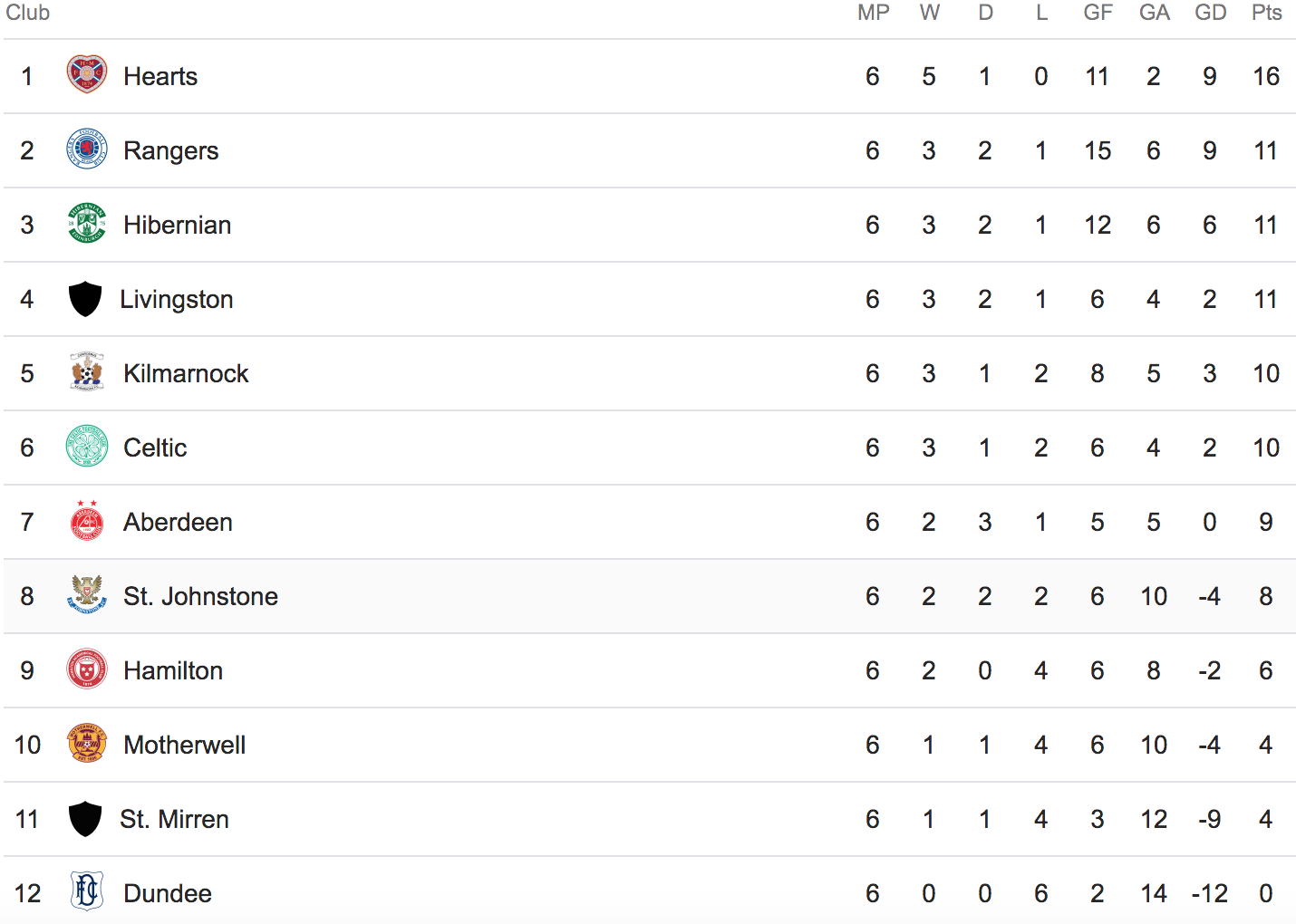